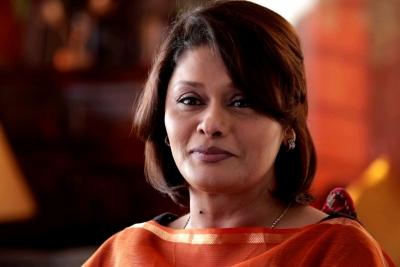 New Delhi– The Kashmir Files star cast was in the national capital on Monday reminiscing about their experiences about the film.

Pallavi Joshi plays a key negative character in the movie. She essays the role of Professor Radhika Menon, who is a professor in JNU and motivates her students to fight for ‘Azad Kashmir’.

While talking about the time the team spent in Kashmir for shooting the movies, she said that one particular incident jolted her.

“One day a small 4-5 year old girl came to me and after pleasantries, she asked me when I am going for Namaz. I said I don’t do Namaz because I am a Hindu. The girl told me something that just shocked me. She told me so what … you should do Namaz because it is essential…

“I was shocked because the little girl didn’t know that there are other faiths also. See the kind of radicalization that is happening there. This is very dangerous.”

Pallavi said she played negative role in the movie to expose the lies and help the truth to come out.

Mumbai– Celebrated actress Shabana Azmi, who’ll be soon seen in the upcoming sci-fi series, ‘Halo’, backed by Steven Spielberg, said that the show gave her the opportunity to explore a completely new genre and that it has been a learning curve for her as an actor. 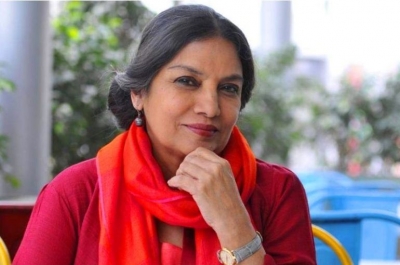 The actress, who has moved out completely from her comfort zone, said: “Working on this project has been a dream come true. The show deals in Artificial Intelligence, which is a completely new genre for me, hence it gave me the opportunity to learn and evolve.”

She also spoke about her experience of being a part of the show, which is set to release worldwide on March 24, “I thoroughly enjoyed working on the sets with stellar actors such as Natascha McElhone, Pablo Schreiber and Jen Taylor. The visuals are stunning and I cannot wait for the release to see how it will be received by audiences across the globe.”

Back home, Shabana will also be seen in R. Balki’s ‘Ghoomer’ and Karan Johar’s ‘Rocky Aur Rani Ki Prem Kahani’, where she will be seen sharing the screen with Jaya Bachchan, Alia Bhatt, Ranveer Singh and Dharmendra.

Mumbai– Aamir Khan recently praised his ex-wife Kiran Rao for being brutally honest and making him stay grounded, a trait that has helped the ‘Lagaan actor make improvements in his social and creative conduct. 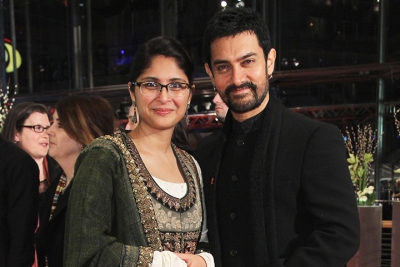 Addressing the media on his birthday on Monday, the actor said, “If there is anyone who has given me the best gift in my life, it has to be Kiran Rao because she is the one, who has known me from close quarters and with her, it has been the most rewarding relation among all the relations that I share with my friends, family and the peers.”

Elaborating on the ‘gift’ that Kiran has given to him, he mentioned how she gives him precise suggestions that work wonders when he sits down to analyze and follow them, “I was talking to her the other day. I asked her what are some of the things that I need to work on to improve myself as a human being. She made me understand in a very nice way, it was very important for me to listen to her and to follow her advice.”

The actor doesn’t shy away from exploring himself and look out for his weak areas. “I like the fact that I don’t feel shy when I set out for myself as a human being, that’s where the growth starts. I like to zero down on my shortcomings and work would improve in myself with each passing day”, Aamir concluded.

Chennai– Actress Amala Paul seems to have fond memories of her trip to Indonesia’s Pink Island in 2019. 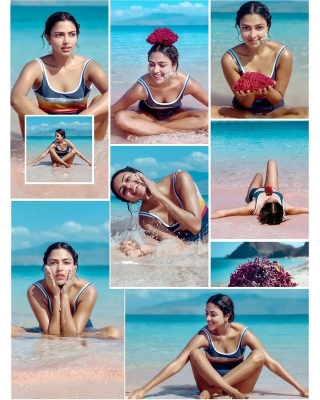 The actress recently took to Instagram to share her pictures, shot during a trip to a country that is popularly known as the ‘Land of Thousand Islands.”

Posting pictures from her trip back then, the actress said, “Call me a beach bum and I’ll probably say ‘yes ma’am’. Throwback to my trip to Pink Island, Indonesia — 2019.

“Fun fact: Pantai Merah or simply, the pink beach Komodo Island, is one of the seven pink sand beaches across the world. What makes the sand appear pink under the sun are microscopic residents, organisms called Foraminifera.

“They produce a red pigment on the coral reefs and leave small red particles behind that blend with the white sand, forming a soft pink tint that glows beautifully and is visible from the shore, water, and viewpoints on the hills.”

The actress also posted pictures of her visit to Komodo Island in Indonesia. (IANS)