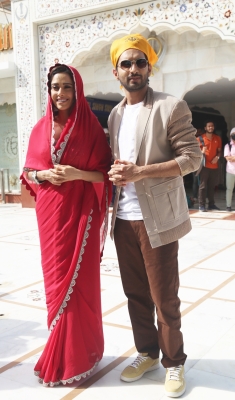 New Delhi– Ahead of the release of their film ‘Janhit Mein Jaari’, actors Nushrratt Bharuccha and Anud Singh Dhaka visited Gurudwara Bangla Sahib in the national capital on Friday.

Nushrratt was seen looking gorgeous in a bright red saree with golden borders as she posed for the camera after offering her prayers.

Anud looked dapper in a beige blazer paired with a white T-shirt and brown pants as he accompanied the actress at the gurudwara.

Directed by Jai Basantu Singh, ‘Janhit Mein Jaari’ encompasses the journey of a young girl who sells condoms for a living, despite societal resistance, and decides to teach her family, in-laws and society at large an important lesson. The film promises to tickle funny bones and open the mind to a new way of thinking.

The film, a Zee Studios release, will debut in theatres on June 10. 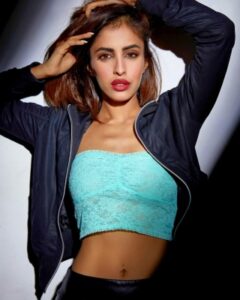 Talking about the same, Priya said: “Suparn Verma actually got in touch with me for the character that was played by Katie Holmes in the Hollywood version. I gave audition for it and was locked right away”.

She further added: ” This is actually my second show with Rana, I had previously worked with him on a show called Social which was a Telugu show. I’m super excited for this show because it was originally a hit show, Suparn Verma and Karan Anshuman are brilliant directors and also the star cast is huge! I’m sure people will love it”.

On the professional front, Priya will be part of the main cast of ‘Adhura’, the Prime Video series produced by Nikhil Advani’s Emmay Entertainment. The series is directed by Gauravv K. Chawla. The series has Ishwak Singh and Rasika Dugal in the lead. 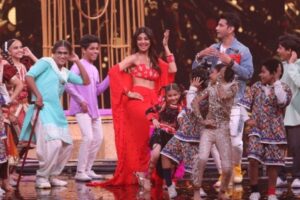 She says: “Kids are our future, and it is very important for every child to continue their education.”

Priyanshi reveals that her father couldn’t afford to continue her studies after going through a financial loss and the added medical expenses of her mother.

“I want to tell all the kids and parents who are watching this show that education is the bedrock of a person’s life, and it is very important to stand on your own feet. You have a bright future Priyanshi, and an amazing mentor by your side,” she adds.

Mouni Roy reveals why Kathakali is her favourite dance form

Mumbai– Actress Mouni Roy, who is seen as a judge on ‘DID L’il Masters’, has revealed why Kathakali is her favourite dance form in an episode of the dance-based reality show.

She says Kathakali is a dance form that includes storytelling.

This weekend as well, viewers are in for a special treat as famous Bollywood choreographers – Geeta Kapur and Terrance Lewis will be seen gracing the show alongside the judges of ‘DID L’il Masters’. During the shoot, it was Geeta’s challenge to contestant Aarav to perform to a Kathakali song that won Mouni’s heart.

Mouni revealed, “Firstly, I would like to thank Geeta Ma for giving Aarav this challenge of performing a Kathakali act for all of us. I feel it is very important for us to show the audience our classical dance forms as well. Our culture is very beautiful, and Kathakali is a dance form that includes storytelling and expressing our feelings and emotions through our eyes.”

“I feel Aarav did full justice to this dance form today on DID L’il Masters. I must add that Kathakali is an art form of the Malayalam-speaking, south-western region of Kerala and it is very close to my heart as a person from Kerala (referring to her husband Suraj Nambiar) is also very close to my heart.”

Shriya Pilgaonkar sheds light on her ‘The Broken News’ character

Mumbai– Actress Shriya Pilgaonkar, who will soon be seen sharing the screen with Sonali Bendre and Jaideep Ahlawat in the upcoming web series ‘The Broken News’, recently opened up on her character from the show. 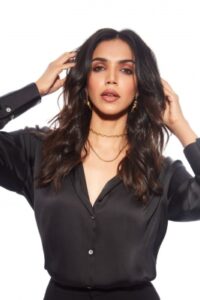 Shedding light on her part in the series, the actress said, “My character Radha Bhargava is interesting and complex. To me she is the mind of the viewer. I like characters that stand for something. She is a news producer, news anchor and also an investigative journalist.”

Describing the motive and dimensions of her character, she added, “While she wants to bring out the stories that she strongly feels about, she’s also aware that she needs a powerful way of reaching out to the viewers. She is rebellious, brave and will do whatever it takes to get the job done.”

The ‘Mirzapur’ actress is elated to be working with Sonali Bendre and Jaideep Ahlawat, as she has admired their works for a long time, “Jaideep is one of the finest actors we have today and I am so grateful that I got to work with Jaideep and Sonali. I have so much love and respect for both of them. Earlier I was just a fan and now I am a friend who is still a fan.”

‘The Broken News’ revolves around two rival news networks and reveals the lives, lies, love and struggles of a dynamic group of journalists.