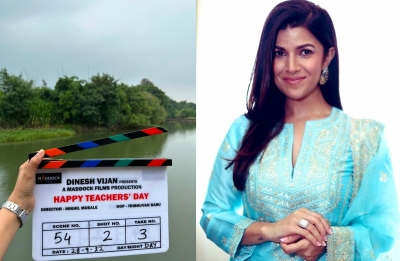 Mumbai– Actress Nimrat Kaur has kicked-off the shoot for her next film ‘Happy Teachers Day’ in Pune on Wednesday. The actress was also recently spotted at the Mumbai office of the film’s production house for the Muhurat Pooja.

The film also stars Radhika Madan in the lead role.

When asked about her excitement at the start of the shooting, Nimrat expressed, “I am very excited to be in Pune, to be shooting the film. Incidentally, Pune is a city where I went to my first school ever. I was in Holloway Primary School College Of Military Engineering Pune here in my first standard.”

The actress is excited about bringing a unique story like ‘Happy Teachers Day’ to the audience.

“So it’s very very interesting coming back here with a theme like ‘happy teachers day’ which is a story that revolves around the education world. I am very excited to be here, it’s really wonderful and I am looking forward to the journey as it begins”, Nimrat added.

Presented by Dinesh Vijan, ‘Happy Teachers Day’ will take the audience on an unusual ride with the portrayal of the struggles of teachers.

Ranveer and I are complete fashion buddies: Karan Johar

Mumbai– They are both known for their eclectic and loud fashion choices. This is why filmmaker Karan Johar says that he and Bollywood’s livewire star Ranveer Singh are fashion buddies. 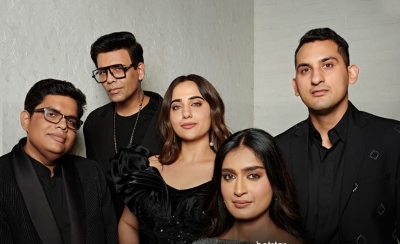 Karan will be joined by content creators Tanmay Bhatt, Danish Sait, Kusha Kapila and Niharika NM on the finale episode of ‘Koffee With Karan’ Season 7.

He finally opens up about getting to share the style icon title with Ranveer Singh who is known for never following a rule book when it comes to clothes.

“Ranveer and I are complete fashion buddies. We constantly text each other saying you killed that look. It then reached a point when we realized it was only us complementing each other, no one really bothered,” said the host.

Mumbai– Actress Barkha Singh, who is gearing up for her upcoming streaming movie ‘Maja Ma’, shared that the films proved to be a learning curve for her as well as an amazing experience off the camera as she learnt a lot just by observing her co-actors like Madhuri Dixit, Sheeba Chaddha, Rajit Kapur and Gajraj Rao. 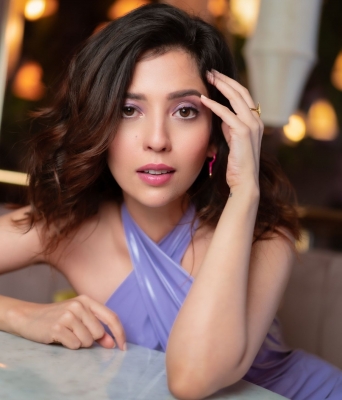 Elaborating on the same, the actress said, “I find myself very lucky to be a part of a film like Maja Maa and share screen space with Madhuri Dixit, Sheeba Chaddha, Rajit Kapur and Gajraj Rao. Anand Tiwari was such a visionary captain of the ship.”

She further spoke about the monumental experience of her co-actors, “They all are so experienced and have such an amazing body of work behind them. When I got over the initial jitters, I learnt a lot by observing them. They were very sweet to give timely advice and tips on how you can read and interpret a scene better.”

Explaining what it was like shooting outside Mumbai, the actress added, “We would do dinners, movies and they would bring little gifts for us if they found something interesting. We were like a big family. I have learnt a lot about my craft and myself on this film. It’s been a phenomenal experience.”

Raju Srivastava’s daughter to Big B: ‘He saved your number as Guru ji’

Mumbai– Raju Srivastava’s daughter Antara has penned a heart-melting note for megastar Amitabh Bachchan, whom she is extremely grateful for being with her family in the tough times. 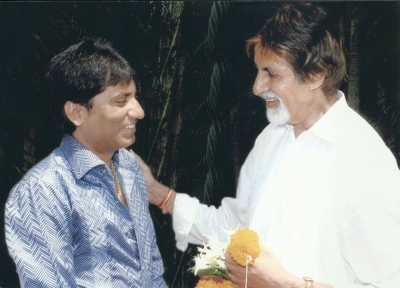 Antara added that her father saved the cine icon’s number as ‘guruji’.

She took to Instagram, where she shared a string of pictures of Raju Srivastava posing with Big B.

She captioned it: “Extremely grateful to Shri @amitabhbachchan uncle for being there for us every single day during this tough time. Your prayers gave us an abundance of strength and support, which we will remember forever. You are my father’s idol, inspiration, love and Guru.”

Antara added: “Since the first time dad saw you on the big screen, you have stayed within him forever. He not just followed you on-screen but off it also.

“He had saved your number as ‘Guru ji’ in his contacts. Him reacting on listening to your audio clip clearly shows what you meant to him. My mother Shikha, brother @aayushmaan.srivastava, my entire family and I, @antarasrivastava, are eternally thankful to you. The love and admiration he receives globally is all because of you.”

On September 21, Raju Srivastava, who had been admitted to the All India Institute of Medical Sciences in the national capital, about six weeks ago, passed away aged 58.

Srivastava was rushed to hospital on August 10 and put on a ventilator after he complained of chest pain and collapsed in his gym.

Shruti Haasan takes time to explore Turkey on off day

Chennai– Actress Shruti Haasan, who is shooting in Turkey for Nandamuri Balakrishna-starrer ‘NBK107’, made the most of an off day and chose to go for sightseeing along with her staff and co-star, master Satvik. 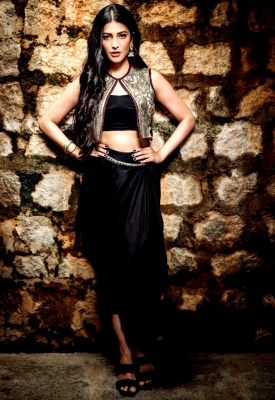 The actress and singer, along with her staff, explored the beauty of the city of Istanbul. Shruti’s staff have always been like family to her and they share a lovely rapport with the ‘Salaar’ actress.

Shruti visited a theme park and an arcade along with her co-star, child actor Satvik. The talented young boy is the son of director Gopichand Malineni and has worked with Shruti in ‘Krack’ previously.

The two went on rollercoaster rides and gaming zones and made the most of their day off.

On the work front, Shruti is shooting for a number of films. Apart from Nandamuri Balakrishna starrer ‘NBK107’, she has a film opposite superstar Chiranjeevi tentatively titled ‘Chiru 154’ and ‘Salaar’ opposite Prabhas.

The actress also released her independent track ‘She is a Hero’ recently which throws light on the struggles and triumphs of women and the track has been receiving rave revolve for its music and messaging. (IANS)