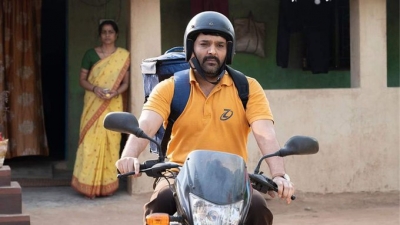 Mumbai– Comedian-actor Kapil Sharma‘s film “Zwigato”, directed by Nandita Das, is heading to the Busan International Film Festival for its screening after it had its trailer premiere at The Toronto International Festival.

The film is about an ex-floor manager of a factory who loses his job during the pandemic. He then works as a food delivery rider, grappling with the world of ratings and incentives. To support the income, his homemaker wife begins to explore different work opportunities, with fear but also excitement of a new found independence.

The Busan International Film Festival will be held between October 5-14.

Parineeti Chopra: Back again to present myself in a whole new avatar

Mumbai– Actress Parineeti Chopra, who is gearing up for the release of her next ‘Code Name Tiranga’, says she is back again to present herself in a new avatar that no one has seen her doing. 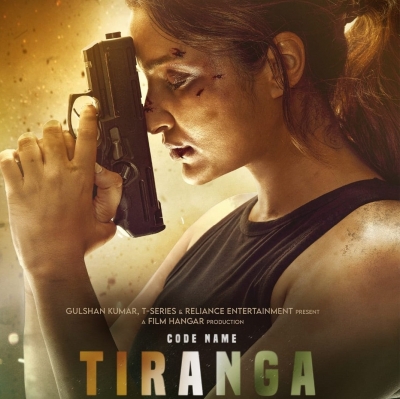 The actress, who gained appreciation for her performance in film such as ‘Sandeep Aur Pinky Faraar’, ‘Saina’ and ‘The Girl On The Train’, said, “I am back again to present myself in a whole new avatar that no one has seen me do before! It is my attempt to keep doing disruptive content as I have been and to push my limits to bring something new on the table for the audiences.”

“The bruises and me holding the gun in the poster is just a teaser of all the things that is in store for the audiences. This is just a sneak peek into my character and I can assure you that we intend to shock and awe with this film,” she added.

An espionage action thriller, ‘Code Name: Tiranga’ is the story of a spy on an unfaltering and fearless mission for her nation in a race against time where sacrifice is her only choice.

Parineeti will play a RAW agent who is on an exhilarating journey across many countries. Harrdy Sandhu, who is an established and sought-after singer, will surprise the audience by his acting prowess in the film.

Gauri Khan advises Suhana to not date ‘two boys at once’

Mumbai– Superstar Shah Rukh Khan‘s wife Gauri Khan, who will be seen on ‘Koffee With Karan’ along with friends Maheep Kapoor and Bhavana Panday, has a funny dating advice for her daughter Suhana Khan, who is all set to make her Bollywood debut with Zoya Akhtar’s ‘The Archies’.

In the trailer of the upcoming episode, Karan asked Gauri about her dating advice for Suhana.

“Never date two boys at the same time,” she said with a laugh.

Talking about which actor she would like to team up with, actor and producer Sanjay Kapoor’s wife Maheep named Hrithik Roshan, adding that she thinks she would look good with him.

Chunky Panday’s wife and actress Ananya Panday’s mother Bhavana said she deserved a hall pass for fooling around ‘many’ people because she hasn’t done anything with anyone.

Mumbai– Gauri Khan has said that her superstar husband Shah Rukh Khan is always seeing off the guests to their car when they are having a party in their house.

In the upcoming episode of ‘Koffee With Karan’ Season 7, Gauri, who will be seen gracing the show after 17 years, will be joined with her friends Maheep Kapoor and Bhavana Pandey.

Karan Johar shares, in the latest episode, how during parties at home, as a gracious host, he always walks a guest to their car.

Gauri Khan reveals how this ‘precious’ habit sometimes annoys her.

“He is always seeing off the guests to their car. Sometimes I feel like he spends more time outside than inside during parties. Then people start looking for him. It makes me feel like we are having the party outside on the road rather than inside the house!,” vented Gauri Khan. 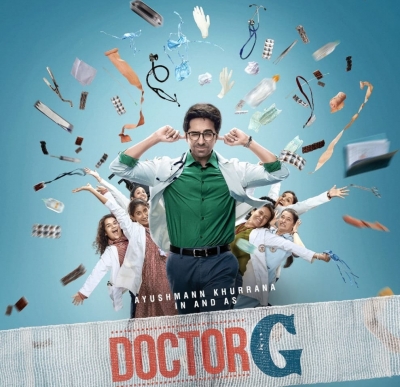 ‘Doctor G’ features Ayushmann in the role of a medical student. Stepping into the shoes of a male gynaecologist, the actor has shared the first poster that gives us a sneak-peek into the chaotic world of his medical journey to becoming a Gynaecologist.

Directed by Anubhuti Kashyap, the film will hit the screens on October 14. (IANS)