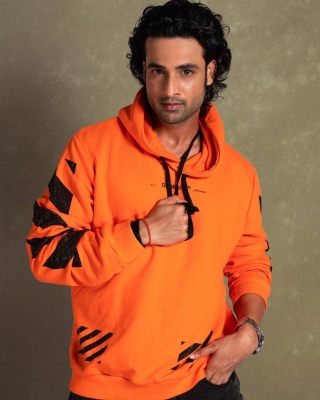 The more I explore the character, more I learn about the craft: Himanshu Soni

Mumbai– Actor Himanshu Soni who plays Abhimanyu Pandey is getting a lot of appreciation for his role in the show ‘Aggar Tum Na Hote’.

Himanshu has played a variety of roles in shows like Buddha, Rajon ka Raja, Neeli Chatri wale and Radha Krishna.

He says: “I have always done a variety of shows and I make it a point not to repeat myself as an actor. I’m getting a great response for this show and it has given me an opportunity to explore my acting potential. The more I am exploring the character, the more I am learning about the craft.

“I’m flooded with messages on social media and fans keep asking what will happen next. Nowadays it is important for an actor to know the audience’s instant reaction as in daily shows things change.”

‘Aggar Tum Na Hote’, which showcases the extent to which a nurse goes to treat her patients, came on air last November. The story revolves around Niyati Mishra (essayed by Simaran Kaur), who is a young, hard-working dedicated nurse and Abhimanyu Pandey (Himanshu Soni), who is a rich and seemingly normal young man dealing with mental instability.

Mumbai– The makers of the upcoming neo-noir thriller film ‘Vikram Vedha’ on Thursday treated fans with the first look of actor Saif Ali Khan, who will be seen playing a tough cop.’ 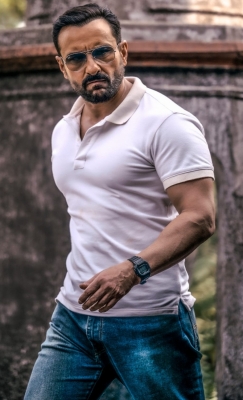 Saif’s ‘Vikram Vedha’ co-actor Hrithik Roshan introduced his character on social media. He shared a picture of the actor from the sets of the film and wrote: “Vikram”.

In the image, Saif looks dapper in a classic combination of a plain white T-Shirt with blue jeans. Saif’s macho and buff avatar as police officer Vikram in the film has fans swooning over the actor.

The film stars Hrithik and Saif Ali Khan in lead roles, with Radhika Apte in a crucial role. Pushkar and Gayatri, the original writers and directors, are donning the director’s hats for the Hindi remake as well.

A cult film in its own right, ‘Vikram Vedha’ is based on the Indian meta-folktale ‘Vikram aur Betaal’ and tells the story of a tough police officer who sets out to track down and kill an equally tough gangster.

‘Vikram Vedha’ will hit the big screens globally on September 30. 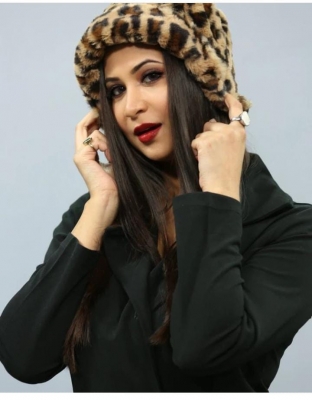 The show revolves around the love story between a spy and a suspected terrorist, played by Sana Sayyad and Sehban Azim, respectively.

She says: “I’m really very excited to return back to the TV screen. My role in the show is very powerful and is different from the roles I essayed previously on-screen. I was on a small break after my last show went off air. I was concentrating on my business. And was giving some time to my son and family.”

Parineeta who has also featured in television shows like ‘Bepannah’ and ‘Swaragini’ reveals about her role and says: “I’m playing the character of Veera, who is a very sophisticated and artistic person. I’m the stepmother to Yohan (Sehban). My character is an important part in the story.”

Hyderabad– South diva Samantha Ruth Prabhu, a fitness enthusiast, seems to be the happiest when she is hard at work. During a recent workout session, the ‘Rangasthalam’ actress was assessed for her body mobility by her trainer. 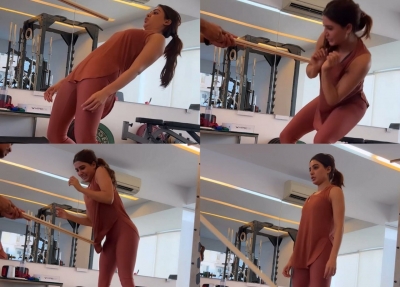 Samantha, who took to her Instagram, posted the video of her being tested for her mobility, wrote, “My trainer is crazier than yours”.

What Samantha’s trainer Junaid Shaikh calls the ‘Nagin Mobility Drill’, has the actress trying hard to dodge the stick as the trainer moves it all over her body. The super-fit actress is seen easily giving the test, as she performs the drill.

Samantha is one of the most hardworking actresses, who always motivates her fans to stay fit, with her videos from the gym.

Samantha’s last appearance on the screen was in the Allu Arjun-starrer ‘Pushpa: The Rise’, as she had performed for a special number ‘Oo Antava’. With multiple movies in the pipeline, Samantha also doesn’t miss working out and travelling, which she mentions as her stress-busters.

Samantha will be seen as Queen Shakuntala in her upcoming mythology-based movie ‘Shakuntalam’, while her Tamil movie ‘Kaathuvaakula Rendu Kaadhal’ is in the making.(IANS)