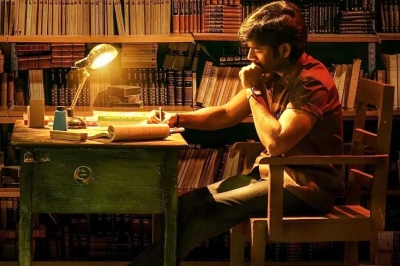 Back to Tamil films for Dhanush after ‘The Gray Man’: Check out his ‘Vaathi’ look

Chennai– The unit of director Venky Atluri’s bilingual film, ‘Vaathi’, starring Dhanush and Samyuktha Menon in the lead, released the first look of the film on Wednesday.

Taking to Twitter, Sithara Entertainments, the firm producing the film, tweeted the first look and wrote, “Welcome the versatile Dhanush K. Raja in and as ‘Vaathi’/’SIR’. Presenting to you the ‘Vaathi’ First Look.” The production house also tweeted that the film’s teaser would be released on Thursday.

S. Naga Vamsi and Sai Soujanya are bankrolling the prestigious project, the shooting of which began on January 5 in Hyderabad. Dinesh Krishnan, who is known for films like ‘Soodhu Kavvum’, ‘Sethupathi’, ‘Thegidi’ and ‘Maara’, was first named as the cinematographer of the film. However, he opted out of the project, and cinematographer Yuvaraj was brought in as his replacement.

Editing for the film is being handled by National Award winning editor Navin Nooli, and music is by music director G.V. Prakash Kumar.

Mumbai– ‘Sirf Tum’ fame Sonya Saamoor joins the cast of Kamya Punjabi and Shefali Sharma-starrer TV show, ‘Sanjog’. She says that the audience has often seen her playing grey shades in the past but now they will find her portraying an altogether different character. 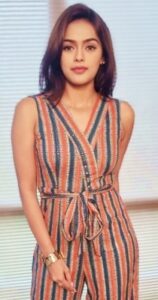 Sonya mentions: “My character of Rakshita has really got me excited as it has several layers to it. In fact, most of the viewers might have seen me play a negative role in the past, however, they will get to see me in a completely new character.”

Sonya as Rakshita in the show is Amrita’s (Shefali Sharma) college friend. While Amrita is someone who has firm faith in traditions, Rakshita has a modern outlook, but still both are best friends.

The actress, who was also seen in ‘Nazar’ adds about her role in the show, saying: “Rakshita actually has her own unique perspective on everything and that will surely help her stand out and turn the tale around on several occasions.”

“Despite being Amrita’s best friend, she is such an amazing person, that I am sure the audience will fall in love with her. I will start shooting soon and am looking forward to seeing the audience’s reaction towards my character and the show.”

‘Sanjog’ will be starting soon on Zee TV.

Mumbai– Ishwak Singh is quite excited about playing the male protagonist in the upcoming film “Bas Karo Aunty” produced by the celebrated filmmakers Nitish Tiwari and Ashwini Tiwari Iyer. 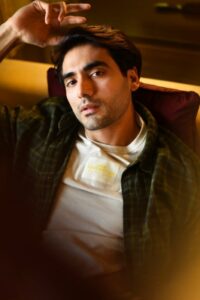 The film, co-written by Nitesh Tiwari and Nikhil Mehrotra, is based on Varun Agarwal’s bestselling 2012 book, “How I Braved Anu Aunty and Co-Founded a Million Dollar Company”. Agarwal is a Bengaluru-based entrepreneur who has launched three start-ups.

Talking about the film, Ishwak said: “It is nothing less than an honour for me to be part of a project which has such maestros like Nitesh Tiwari and Ashwiny Iyer Tiwari involved. Their perspective on presenting a story is completely different. Just spending time with them is nothing less than a masterclass. It will be a huge learning experience for me and I am looking forward to it.”

Ishwak’s last project was “Rocket Boys”, where he portrayed the pioneering scientist and founder of India’s space programme, Vikram Sarabhai. He received rave reviews from industry gurus and his fans for his performance.

The film will be directed by ace ad filmmaker Abhishek Sinha. Ronnie Screwvala, and Sidharth Roy Kapoor are also on board as producers. 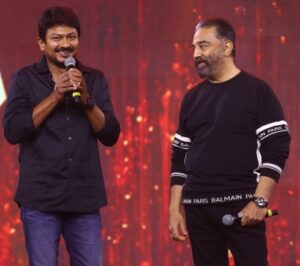 Udhayanidhi Stalin will play the lead in this film which is going to be produced by Kamal Haasan and R Mahendran.

The film, tentatively titled Production #54, will be based on a real life, historical incident.

Taking to Twitter, Kamal Haasan wrote, “The history of that day. Let us remind it. I wish and welcome my younger brother Udhayanidhi Stalin.”

Sources say that the film will be made on a lavish scale.

Kamal Haasan had announced that Udhayanidhi would be playing the lead in his company’s next film at a function organised by Udhayanidhi’s Red Giant Movies.

Udhayanidhi in response to the announcement, had tweeted in Tamil: “As part of our celebrations to mark the 15-year film journey of Red Giant movies, we honoured those who had contributed at a function in Chennai yesterday.

“I thank Kamal Haasan sir, who gave me the honour of becoming the hero of the next film being produced by RKFI and for announcing it.” 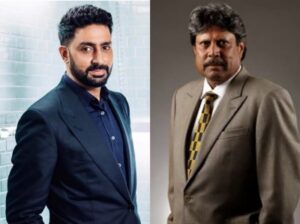 Abhishek, who will be there at IFFM as one of the key guests, says it is a huge honour for him to be invited to participate in the celebration of cinema.

“It gives me great honour to be a part of the 75th year celebrations of Indian Independence in Melbourne. It’s a matter of pride for me to hoist the Indian National Flag in the iconic Federation Square. It’s an event where Indians from all across Australia, from all different backgrounds, will come together to celebrate India at 75.”

He adds: This is a mark of the friendship between Australia and India. To share this platform with Kapil Sir is momentous for me and the event is also a mark of the coming together of cinema and cricket, two things that have often united us Indians together.”

Abhishek is looking forward to celebrating India, Indians and the spirit of our country amongst hundreds of people who will be in attendance to celebrate this moment and event.

IFFM festival director, Mitu Bhowmin Lange added: “India is completing 75 years of Independence and this event is a mark to celebrate this landmark moment. We are ecstatic to have Kapil Dev and Abhishek Bachchan jointly come together this year to do the honours of hoisting the Indian tricolour.”

“It’s a mark of the friendship that our country celebrates with Australia and with these two icons coming together is the perfect amalgamation of cinema and cricket.” (IANS)