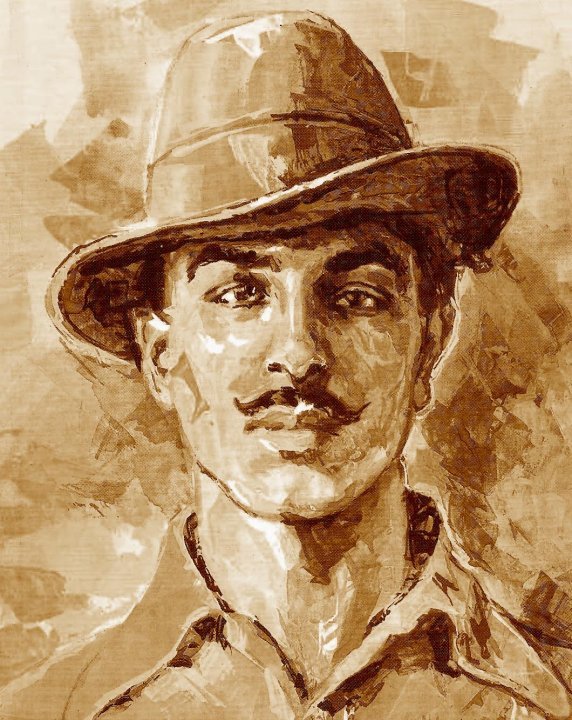 New Delhi– At a time of upsurge in religious symbolism in the country, is Bhagat Singh’s stand on atheism relevant? It would seem so, if one goes by the interest shown in his essay: “Why I am an atheist”.

He wrote the essay in 1930 in Lahore central jail as a reply to a religious man who accused Bhagat Singh of becoming an atheist because of his vanity. 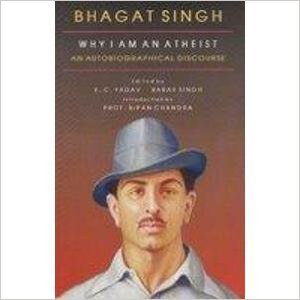 The essay was first published in 1934 and is said to be a tremendous read among the young generation.

“A large number of college students buy this book, not just because it is cheap and costs just Rs.35 but also because students show a lot of interest in Bhagat Singh,” said a sales executive of Jain Book Depot who did not want to be named.

“It is not vanity that has actuated me to adopt the doctrines of atheism. I am neither a rival nor an incarnation, nor the Supreme Being Himself… By the end of 1926 I had been convinced as to the baselessness of the theory of existence of an almighty supreme being who created, guided and controlled the universe,” said Bhagat Singh in his essay.

According to Chaman Lal, a retired professor of Jawaharlal Nehru University, who has written 11 books on the martyr, “there is tremendous interest among youngsters, scholars as well as seniors in Bhagat Singh,”

He said that because of the current debate on nationalism, the interest in Bhagat Singh and his ideology had increasing across the nation.

Martyr’s Day, he said, is celebrated in the memory of all the revolutionaries who sacrificed their lives during the freedom struggle but “people are greatly affected by Bhagat Singh’s personality.”

The professor described many situations where a large number of people have carried out torchlight marches in honour of Bhagat Singh, who was hanged in Lahore jail on March 23, 1931 for his role in the assassination of John Saunders, a British police officer.

Bhagat Singh and his associates held Saunders responsible for the death of Lala Lajpat Rai, a leading luminary of the freedom movement.

“On Bhagat Singh’s 100th birth anniversary in 2007, more than 10,000 people marched on the roads of Thanjavur town in Tamil Nadu to pay tribute to the martyr,” Chaman Lal said.

“On Tuesday, more than a hundred students of Dr. Babasaheb Ambedkar Marathwada University took out a torchlight march in the honour of Bhagat Singh in Aurangabad,” he added.

Chaman Lal, who has delivered more than hundred lectures on Bhagat Singh, not just in India but also in Canada, Mauritius and the US, among other nations said people abroad were highly influenced by Bhagat Singh’s qualities as a political thinker.

“Indians celebrate him more because of his contribution to the freedom movement,” he said.

According to Cheshtha Rajora, a Marxist thinker who’s pursuing her masters in English literature from Delhi University, the right-wing ideologues who had appropriated Bhagat Singh would be shoced to know “whom they are dealing with.”

Bhagat Singh, she said, had read all of Marx, Rosa Luxembourgh and Thomas Carlyle on the French revolution, as also other great tomes, by the time he was 22.

When I read “Why I am an atheist”, I was surprised to find such a lucid explanation and potential in a young man of my age,” said Rajora.

Many a young would probably have the same reaction. (IANS)