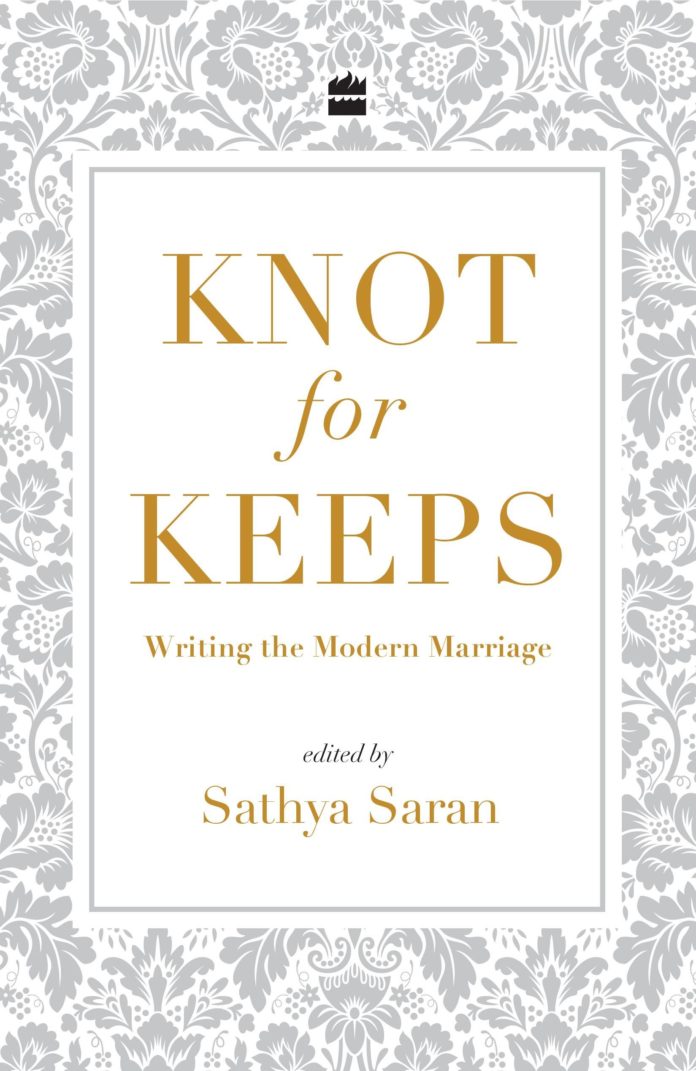 There is a temple in Thiruvidanthai in Tamil Nadu where Hindu deity Vishnu is regarded as “Nithyakalyana Perumal”, or the Eternal bridegroom. The temple is the “ultimate failsafe” for Hindu Tamils seeking matrimony as people of all genders and ages participate in the ritual that is said to expedite the same.

Like her parents would have it, columnist and short story writer Sharanya Manivannan bought two garlands and passed them on to the priest at the sanctum sanctorum. One garland was offered to the Lord while the other one adored her neck. She was asked to circle the temple nine times. The garland on her neck was supposed to be “stored safely” at her home, and she would bring it back to the temple with her partner once their marriage would be solemnised.

The problem? It never happened. But she wanted to marry, “…despite cautionary tales, despite intelligence, despite defiance… You fall in love and don’t realise how unthinkably, how artlessly, you also fall in step with that trajectory, the idea that marriage follows love as hour follows hour,” Manivannan notes in her essay titled “Apportionments of Love”, published in a recent anthology of the modern marriage “Knot for Keeps”.

The book edited by Sathya Saran, who has previously authored bestselling biographies on Guru Dutt, S.D. Burman and Jagjit Singh, among other books, chronicles stories — of success and utter chaos — that revolve around the lives two people chose to live together — in marriage.

In well-assembled essays, it attempts to answer some pertinent questions: What holds two people together for life, sometimes across continents? What drives them apart even as they share their lives under the same roof? What makes marriage the only socially acceptable goal of a relationship? Are women, and men, preferring other options to marriage these days? Why are more and more marriages failing? Is it to do with changing social norms or individual expectations?

There are tough choices to be made if one wishes to tie the knots, and more often than not, couples in relationship tend to find marriage as their ultimate recourse. But marriage is only the beginning of a lifelong series of knowing one’s partner and then “adjusting” to him/her, the family and the societal norms, as Modhurima Sinha, points out in “The Thin Red Line”.

But sorting out the problems, getting on with life and calming oneself to think of the other’s point of view is the trick, or so had been the experience of Rita Mukherjee, who passed away in 2017.

She had been diagnosed with idiopathic interstitial pulmonary fibrosis (IIPF), a scarring of the lung tissue that causes an ever worsening shortness of breath and a progressive decline in lung function.

“But for some strange reason as we drove home in that silence…I wasn’t thinking of what lay ahead for me…Instead my mind went into rewind mode, trying to capture and hold close all the good times we’d had together over three decades,” she wrote describing marriage as “A Life Sentence,” also the title of her essay in the book.

Altogether, the book features 17 essays, or personal experiences, covering the good, bad and the ugly that arises in marriages and may make for a handy reading for those scared by the idea of marriage, or those looking for advise on how to put a troubled marriage back on track. The personal experiences of the respective writers keep the book moving single-handedly, although the offering could have done with a more insightful Introduction, than the one-and-a-half page text by the editor. (IANS)