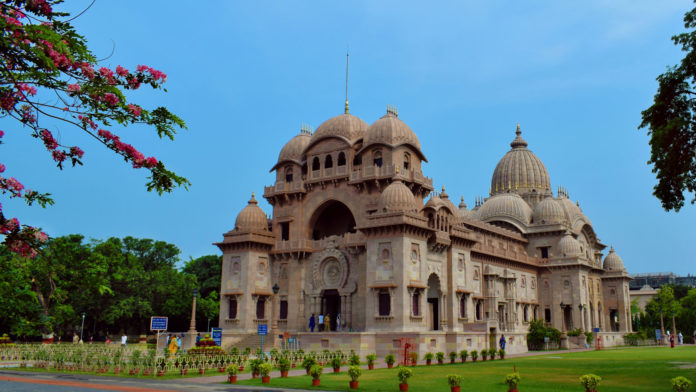 Kolkata– Belur Math, the global headquarters of the Ramakrishna Math and Ramakrishna Mission, on Monday stopped all spiritual initiation to be held at the Math and distribution of noon-prasad, besides banning gatherings in large number inside the main temple till further notice to stop any spread of the coronavirus.

In a notice put up on its website, the religious order announced that devotes will not be allowed inside the Ramakrishna temple during the evening Arati (vesper service) and no spiritual initiation will be held at the Math till further notice.

“Devotees will not be allowed to sit inside or gather in large numbers inside Sri Ramakrishna Temple; they may offer pranams to Sri Ramakrishna (Paramahamsa – the inspirational saint of the order) and come out quickly.

“During the evening Arati (vesper service), the devotees will not be allowed inside the temple. They may watch the Arati on the giant LED screens installed on the campus. Distribution of noon-prasad for devotees has been discontinued, until further notice.,” the Math said in the notice.

Noon-prasad is the food offered to the god first and then given to devotees around noon daily.

The religious order has announced that devotes will not be allowed to pay obeisance to its president while no “spiritual initiation will be held at Belur Math until further notice”.

All enquiries regarding spiritual initiation will be entertained after April 14. The order has also closed the museum christend Ramakrishna Sangraha Mandir until further notice.

“The general advisory for public safety issued by the Government has been displayed in a number of places on the Belur Math premises. The advisory may please be followed,” it said.

The management of Dakshineswar Kali temple is also considering curtailing the visiting hours for pilgrims and prevent overcrowding. (IANS)