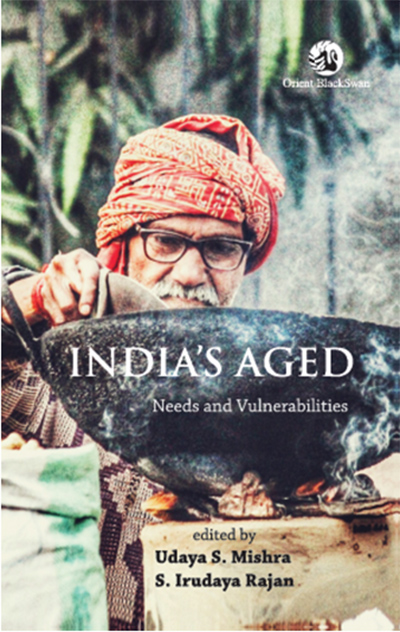 The immense potential of India’s young population is celebrated time and again by politicians, policymakers and public intellectuals. Prime Minister Narendra Modi has himself highlighted the need to tap the vibrant energy of India’s youth at various global fora. But those who nurtured the youth of today are faced with countless stumbling blocks and a recent book combines numerous studies and rigorous research to present the most vulnerable aspects of the life of the elderly.

Titled “India’s Aged”, the book contains 10 elaborate research essays by respectable names from different spheres of life and has been edited by two professors of the Centre for Development Studies, Thiruvananthapuram — Udaya S. Mishra and S. Irudaya Rajan.

Across the globe, there is a rise in the number of elderly persons. The editors explain that “this phenomenon has seldom been witnessed in the past” because a higher fertility rate and lower life expectancy ensured the existence of a larger proportion of young population as compared to the elderly. Now, population projections (UN 2010) reveal that, by 2050, the elderly would comprise over 15 per cent of the total population. But this is not all that policymakers have to worry about.

In a strictly Indian context, the book underlines United Nations Population Fund estimates suggesting that by the middle of the 21st century, India will be home to “one out of every six of the world’s older persons”. The same report also says that India had 90 million elderly persons in 2011, but the number is expected to grow to 173 million by 2026.

Astounding as it may sound, the book reveals that of the 90 million seniors, 30 million are living alone. Further, 90 per cent of them work for their livelihood. Fieldwork and surveys in Kerala, Tamil Nadu, Maharashtra, Odisha, West Bengal, Punjab and Himachal Pradesh show that about one-fifth of the elderly live alone. So what is leading to the seclusion of the aged?

The book argues that declining fertility, migration and increasing number of nuclear families are three possible reasons for the reduction in household size, which ultimately culminates into an aged member of the family living alone.

The book touches on a range of issues concerning our elderly population, including their economic dependence, living arrangements and health care facilities, morbidity and disability among the elderly, and food and nutritional security for them. At the same time, it also lays down some examples of how these vulnerabilities can be addressed through social policies.

The editors observe that the issue of population ageing is yet to receive any significant attention of central and state policymakers. And that a general neglect of the welfare of the elderly is apparent in the various developmental and humanitarian assistance programmes supported by national and international donors as well as funding agencies.

This book needs to be widely read and discussed by policymakers and public intellectuals. At the same time, it brings together empirical explorations of prevailing realities and mechanisms that shape the existence of the elderly in India, and is therefore a volume indispensable for scholars of economics, development, and health and wellness studies. (IANS)