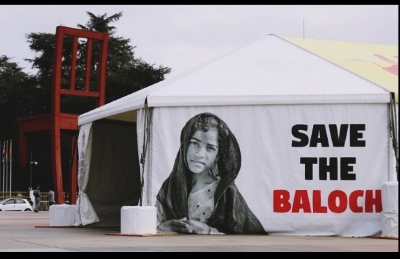 New Delhi– The Baloch and Pashtun students at the University of Gujrat in Pakistan’s Punjab province, say that they are being harassed and racially profiled inside the varsity premises, the Balochistan Post reported.

They say that unknown men dressed in civilian clothes frequent the university and summon the students to check their mobile phones, social media accounts and ask questions about their family members. The Pashtun students are forced to answer queries regarding the Pashtun Tahaffuz Movement, the report said.

The students say that this practice is common in other universities of Punjab province where Baloch and Pashtun students are harassed on daily basis, both by the university administration and other students. They said that students are summoned to these universities for interviews, but then they are asked personal questions about their friends and families.

A few days ago, the hostels of the Baloch students in Punjab University, Lahore, were raided and two students were detained. They were moved to an unknown location and their condition and whereabouts remain unknown, the report said.

Baloch Students at the University of Gujrat said that they were recently summoned for questioning, but they refused to go. When they once again visited the vice-chancellor in this regard, he assured them that nothing will happen to them inside the university premises but he cannot guarantee their safety and wellbeing outside the campus gates.

The students say that they are concerned for their safety after the Vice-Chancellor’s dubious and lukewarm response. (IANS)