“On August 9th, 2019 middle school students from the Acton C0deEx Panther robotics team watched their computer program control a satellite on the International Space Station (ISS) during the finals of the Zero Robotics competition,” C0deEX said in a statement. “C0deEx Panther, after winning the State Championship competing against fifteen other teams from around the state on July-27th, 2019 was representing Massachusetts at the ISS (International Space Station) final.”

For the ISS finals, teams from all over the northeast gathered at MIT Stata Center to join a video conference with other teams from around the world. NASA astronauts Andrew (Drew) R. Morgan, Christina Koch and Aleksandar (Sasha) Aleksandrovich Skvortsov Jr. facilitated the competition and provided live commentary which was telecasted live to MIT Stata Center and  16 others physical locations across USA, Russia and Puerte Rico.

Three hundred teams and more than 2,000 students across USA, Russia and PuertoRico participated in this competition. The ground teams watched the Synchronized Position Hold, Engage, Reorient, Experimental Satellites (SPHERES) on the ISS competition. 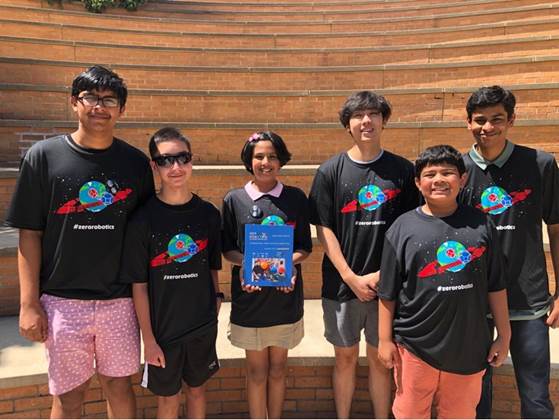 C0deEx Panther’s code went head on with code written by 16 finalist teams. After being the winner in the Team A bracket, C0deEx Panther also beat the Teams from Team B securing the first position in 2019 International Zero Robotics Competition.

The C0deEx Panther team consists of 5 students from Acton/Boxborough and Westford.

Zero Robotics is a summer STEM program for middle school students that “seek to inspire our next generation of great minds by allowing them unprecedented access to space at the middle school level.” The students spend five weeks learning about programming, engineering, and space exploration, while developing code to control satellites known as SPHERES. During this five-week program, the students rely on a simulation environment from MIT to develop their code. After the state finals, the international finalists’ code is tested on physical SPHERES at MIT before being uploaded to the ISS. 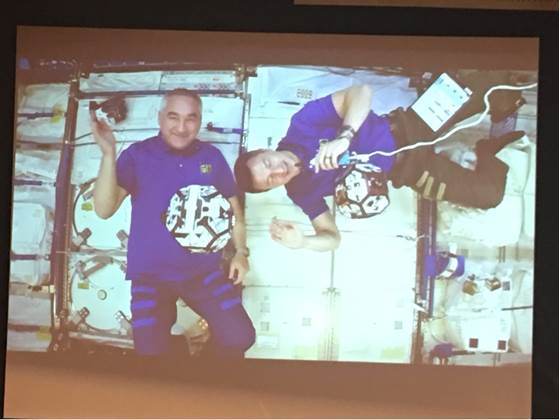 The program culminates in a tournament where winning teams’ SPHERES compete aboard the International Space Station (ISS). Middle school participants will get to see the SPHERES operate in space via a live feed from the ISS while NASA astronauts provide real-time commentary. Each year’s game is motivated by a problem of interest to NASA and MIT.

C0deEX was founded by the husband-wife team of Sanjib Biswas and Anuradha Mazumdar. Mr. Biswas holds a Bachelor degree in Engineering and a M.S in Mathematical finance from the University of Southern California. His deep interest in mathematics and its application in Finance drove his desire to pursue his career in Quantitative Finance. Before pursuing his career in finance, Mr. Biswas worked for many years in leading multinational companies across the globe.

Ms. Mazumdar holds Bachelors degree in Engineering and a M.S. in Information Management Systems from Harvard University. She has over 15 years of experience in application software development in major multinational companies. She currently owns two after school mathematics learning centers.

The duo founded the company in April and officially opened its doors in July in Acton,MA.

“Our mission is to educate the next generation of programmers who will use their skills and knowledge to make the world a better place,” Mr.Biswas told INDIA New England News. “Technology has been playing an increasing role in our life and kids of the new generation needs to be well prepared with the new technologies not only in terms of being an end user of it but to be able to contribute and drive the technological growth.”

The company is self-funded, said Mr. Biswas, adding that in the near term C0deEX wants to expand its course offerings to High School students for AP Computer Science, Data Structure and Algorithm courses which will be taught by Industry Veterans.

“Beyond High School, C0deEX also plans to provide training for professional software engineering courses in Data Science and AI,” said Mr. Biswas. “In the longer term, C0deEX wants to stand out as leading provider of technology and programming education to all level establishing it as a national franchise.”