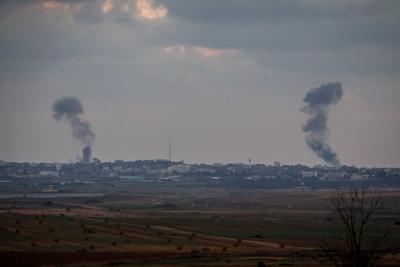 The Ministry of Defence called the attack tyrannical and warned that no country should provoke Afghanistan.

“No country should test the Afghans. Should not make the Afghans take a similar step. Throughout history, Afghans proved that they never stay without a response towards any aggression,” said Inayatullah Khwarazimi, a Defence Ministry Spokesman.

A large number of Nangarhar residents gathered in Ghanikhil district in the provinces on Sunday to protest the Pakistani air strikes on Afghan soil.

The protest in Nangarhar follows a huge rally held by the residents of Khost on Saturday evening where they chanted anti-Pakistan slogans, Tolo News reported.

Some residents of Shiltan district in Kunar also confirmed the death of five people as a result of Pakistani military attack in the district.

The attacks were condemned by the Islamic Emirate and top Afghan politicians, including former President Hamid Karzai who called it violation of Afghanistan’s sovereignty and international norms and a crime against humanity.

The Permanent Mission of Afghanistan to the UN in a statement “strongly” condemned the attack and called it an “aggression against the territorial integrity of Afghanistan” and a “flagrant breach of international law”.

The Ministry of Foreign Affairs on Saturday summoned the Pakistani envoy in Kabul over the attacks in Khost and Kunar provinces.

“Along with the IEA Foreign Minister Mawlawi Amir Khan Muttaqi, the session also included Deputy Defence Minister Alhaj Mullah Shirin Akhund where the Afghan side condemned the recent attacks,” the Ministry said in a statement.

The Permanent Mission of Afghanistan to the United Nations said over 40 people, including women and children, were killed in the air strikes. (IANS)

US cannot afford to walk away from Pakistan, warns new report