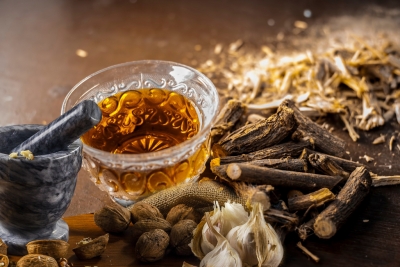 Jerusalem– A drug used by ancient Greeks to treat gout may have the potential to reduce the risk of death from Covid-19 by as much as 50 per cent, claims a new study.

The drug Colchicine is derived from the Colchicum family of plants, which was first used for its special healing properties by the ancient Greeks.

According to experts from the Hebrew University of Jerusalem, it began to be widely used from about the first century AD as a treatment for gout and other inflammatory conditions, and is one of a few medicines that have survived into modern times, the Daily Mail reported.

To test the effect of the drug, the team conducted a review of four controlled studies, involving 6,000 coronavirus patients from Canada, Greece, Spain and Brazil. Each showed a “clear benefit” from its use.

The Israeli researchers found “significant improvement in severe coronavirus indices and, most importantly, there was a decrease in mortality by about 50 per cent compared to those who were not treated with colchicine”.

The team noted that the drug is cheap and requires just half a milligram dose per day.

Prof Ami Schattner said that colchicine working to improve the outcome of Covid-19 patients is “an important discovery that could significantly contribute to improving the morbidity and mortality of many patients, if confirmed in further studies”.

This is because, as well as being cheap, it is well-tolerated by patients with minimal side effects such as bouts of diarrhoea in 10 per cent of patients, the report said.

Further randomised trials are needed, involving the drug and Covid-19 patients, to confirm the results of this ‘preliminary study’, Schattner was quoted as saying.

However, an Indian research team from GMERS Medical College Gotri in Gujarat in November, performed a meta-analysis of six studies and found that colchicine did not prevent severe cases of Covid.

“Colchicine does not reduce the risk of mortality, need for ventilatory support, intensive care unit admission or length of hospital stay among patients with Covid-19,” the researchers wrote.

“There is no additional benefit of adding colchicine to supportive care in the management of patients with Covid-19,” they added

Out of six, four studies also researched whether the drug could reduce Covid-19 related hospital stays.

The combined results found no difference in mortality rates among people who used colchicine and those that did not, the report said.

Similarly, in March, a large British trial halted enrolments to test colchicine as a potential treatment for patients hospitalised with Covid-19 after a sub-study of the trial found that the medication did not have any effect on the patients.

However, Schattner asserted his results are “very promising” and worth exploring further, the report said. (IANS)