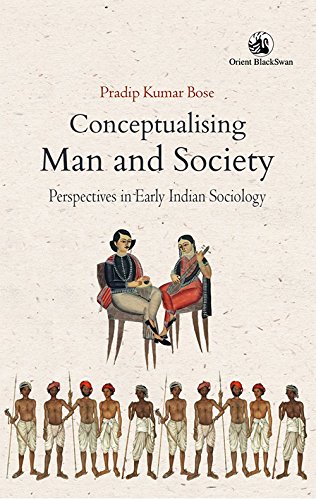 What is a man’s relation to the society in which he lives and how much of this goes into shaping the larger perspectives of sociology? A social animal that a man is, his interactions with society take place at various levels, but speaking strictly in the Indian context, this new book shows that there are “opposing tendencies and ideological tensions” in the writings of early Indian sociologists, thereby suggesting that our understanding of Indian sociology may have been skewed to some extent.

In doing so, it touches upon their major works and propagations, sort of examining their social understanding and even relating it to the present times. What makes this book a riveting read is the fact that all these five sociologists and anthropologists seem to have been interested in the larger sociological and philosophical issues like tradition, values and community.

The author contends that the “colonial connection” has gone a long way in shaping the ideological nuances of Indian sociology and anthropology. He finds that there were two distinctive characteristics of Indian sociology in its formative years — its appropriation of the colonial discourse and the opposite tendency of criticising and rejecting Western categories of knowledge. So in both the cases, there was a set “colonial connection” where the sociologists either appropriated the colonial discourse or rejected it.

There was another tendency too. The author finds evidence in the writings of some of the mentioned sociologists that they were critical of the application of methods, categories and concepts of Western origin for the study of a culturally distinct entity as Indian society.

In this context, the author finds Radhakamal Mukerjee and D.P. Mukerji to be serious critics of individualism, who argued that the Western notion of the individual has “no relevance” for the understanding of Indian social culture.

“Thus, attempts were made from the very beginning to introduce Indian categories or conceptual systems into their interpretations of Indian society,” Bose points out.

The author also finds that early Indian sociology was greatly influenced by nationalism or the discourse of nationalism. He examines the works of Nirmal Kumar Bose who, according to him, is one of the best examples of a nationalist social thinker, and finds a lot of Gandhian ideology seeped in his writings.

“Bose privileged culture and history in his method and analysis because he believed that the idea of India can only be demonstrated through the cultural diversity of the nation. His view of caste as a system which was effective in reducing conflict and competition and instrumental in guiding the economic life by a ‘moral code’ represented the nationalist thinking of caste,” the author writes.

However, he maintains that there was a dramatic shift in the understanding of sociology during the post-independence era, when, according to him, it began to be conceived only as the study of Indian society.

“In the post-independent era methodological nationalism was combined with empiricist epistemology so that ‘scientific’ study of society could depend on a neutral and dispassionate observation of the world. Fieldwork and surveys became two major instruments for collection of information to be used not simply for research work but by the state for the governance of the population,” Bose finds.

But in these methods, Bose says, the “highly asymmetric power relation” between researcher and interviewee is “detrimental to the quality of the data collected” and they provide a “false aura of objectivity”, which makes the results — as we have seen in recent times — vulnerable to political manipulation.

At the same time, the book points out that these methods also provided objectivity, value-neutrality and a scientific quality of the information collected.

The book does not record the history of Indian sociology but raises certain theoretical issues about its historical trajectory. (IANS)