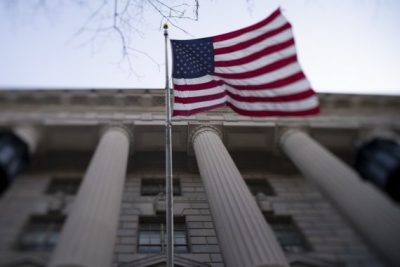 Washington– Americans’ optimism about the direction of the country has dropped nearly 20 points, according to a latest news poll.

The ABC News/Ipsos poll revealed that currently 45 per cent of those surveyed are optimistic about where the country is headed over the next year, while 55 per cent are pessimistic, reports Xinhua news agency.

This marked a nearly 20-point decline in optimism from late April, the last time this question was asked.

At that time, 64 per cent were optimistic about the year ahead.

This growing pessimism is happening across all age groups, income levels, educational attainment, and partisan affiliation, the survey showed.

The decline is also occurring across the board among Democrats, Republicans, and independents, according to the poll.

Among Democrats, about seven in 10 (71 per cent) now say they are optimistic about the direction of the country over the next 12 months.

This figure much lower than the near universal (93 per cent) approval from Democrats on President Joe Biden’s handling of the Covid-19 pandemic.

This poll was conducted on July 23-24 based on a nationally representative probability sample of 527 general population adults aged 18 or older. (IANS)