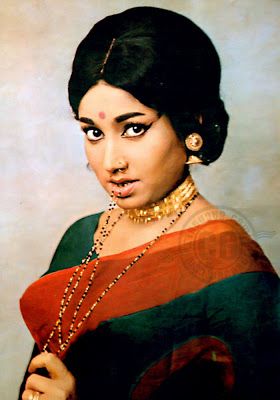 Bengaluru–Yesteryear’s famous Kannada actress Jayanthi, who had also acted in Hindi, Malayalam, Tamil and Marathi movies, died in her sleepon Monday, said the family members. She was 76.

The veteran actress’ son Krishna Kumar confirmed the news to reporters that she was recovering from prolonged illnesses but finally lost the battle.

Jayanthi leaves behind an enviable body of work across Kannada, Tamil, Telugu, Malayalam and Hindi. She was known to be extremely gregarious with her peers, colleagues and industry juniors during their meetings and always used to be the one person that used to cheer everyone up.

Jayanthi has won the Karnataka State Film Awards seven times and the Filmfare Awards twice. She has also won several other awards. She has shared screen space with the topmost stars of her era and then went on to work with youngsters too and always lit up the screen with her acting.

Jayanthi born as Kamala Kumari on January 6, 1945, in Ballari is known for bold movies of her times. She is credited to have worn a ‘swimsuit’ as the first Kannada actress of her time to do so.

Jayanthi acted in over 500 movies across languages such as Kannada, Tamil, Telugu, Malayalam and Marathi, having shared the screen space with legendary actors like M.G. Ramachandran (MGR) of Tamil movies, N.T. Rama Rao of Telugu movies, and co-starred in more than 35 movies with Dr Raj Kumar, the doyen of Kannada cinema.

In Tamil she was frequently paired opposite Gemini Ganesan and acted with all major stars including Muhuraman and Jaishankar of her times.

Owing to her expansive body of work, the Kannada film industry honoured her with moniker ‘Abhinaya Sharadhe’ (The goddess of acting).

In 1965, Jayanthi, was also credited with introducing a new fashion trend wearing skirts, T-shirts and nighties in her movies, which is considered to be the trend setter of her times. She also highlighted taking stand on behalf of women on premarital sex and extramarital affairs in the roles she portrayed.

“Miss Leelavathi”, in which she played the title role, is considered “bold” for her time when conservative cinema was the trend. The film dealt about the influence of parental differences and of a lead heroine who grows up to be a rebel and stands up against convention, refusing marriage, opting to be career-oriented women and with a carefree attitude towards premarital sex.

Even though she has acted in most glamorous roles of her times, but her cameo role depicting legend Onake Obavva, will always remain afresh in her fans memory as it takes every Kannada cine goer back to their childhood days. (IANS)