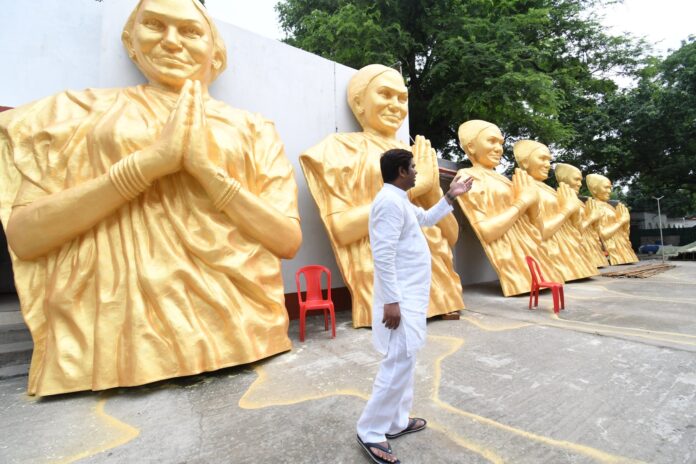 Lucknow–Nishad politics in poll-bound Uttar Pradesh is now warming up. Vikassheel Insaan Party (VIP), an ally of the Bharatiya Janata Party in Bihar, has announced that it will observe the death anniversary of former Samajwadi Party MP and bandit queen Phoolan Devi, who belonged to the Nishad community, on July 25.

Mukesh Sahani, VIP Chief and Minister of Animal Husbandry and Fish Resources in Bihar, has said that his party will install 18 statues of Phoolan Devi on her death anniversary.

These statues will be installed at all 18 divisional headquarters in Uttar Pradesh where Assembly polls will be held in 2022.

Sahani will also attend the installation ceremony to be held at Sujabad Parao in Varanasi district.

Sahani said the statues of Phoolan Devi would remind people how a rural woman, who was subjected to physical torture, fought against the perpetrators of crime, scaled heights in public life and reached Parliament.

Phoolan Devi, as a young girl, who was pushed into the ravines, had shot dead 20 innocent persons in the Behmai village in Kanpur district to avenge her sexual exploitation by a dacoit gang. The young girl then known as bandit queen Phoolan Devi went on to become a Member of Parliament.

Seventeen of those killed in the Behmai massacre were Thakurs.

In July 2001, Phoolan was shot dead in Delhi by a Thakur youth, Sher Singh Rana, who claimed that he had killed her to avenge the massacre of Thakurs in Behmai.