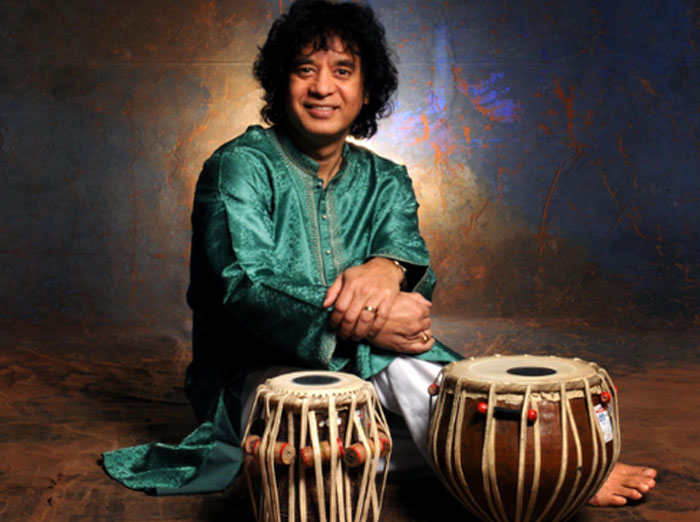 CAMBRIDGE, MA—Tabla maestro Zakir Hussain is bringing Masters of Percussion to Boston on March 27 and is excited to play at Sanders Theater in Cambridge, MA.

“It is a beautiful theater with fantastic sonic tones and reflections. I am looking forward to playing there,” Hussain told INDIA New England News in a telephone interview. “It is going to be a magical experience.”

Hussain and his team is currently on a US tour. In Boston, he and his team will perform on Sunday, March 27, at Sanders Theater, located at 45 Quincy Street in Cambridge, MA. The Boston concert is organized by World Music.

Every other year since 1996, Hussain has served as curator, producer, and host in bringing the very cream of Indian music to tour America and Europe with his series Zakir Hussain and Masters of Percussion.

Hussain said every time he brings a new group of artists to Boston.

“I don’t bring the same artists every time I come to Boston. Musicians are different each time. It creates a different tone,” said Hussain, adding that he spends about a year in India scouting talents and then brings them to Mumbai to train them. “When we arrive in the United States, for the first time we all are in one place.”

He said there about 200 different types of drum instruments and about 20 odd drumming traditions in India.

“They all represent different regions of India and various traditions,” Hussain said.

He said this year on the team is Seiichi Tanaka from Japan who will play Taiko drum.

“Taiko drumming tradition is Japan is almost 2,000 years old,” Hussain said. “It is as old as Indian drumming.

Tanaka will bring to Masters of Percussion the international fusion. Tanaka trained in Japan with Daihachi Oguchi in Nagano, Susumu Kowase in Tokyo, and Shosaku Ikeda of Goinjo Daiko, and then established the San Francisco Taiko Dojo, acting as father of the art form in America. Gifted graduates of his school have spread the art of taiko across the country and beyond. In 2001 his important work was recognized by the award of a National Heritage Fellowship from the National Endowment of the Arts.