Panaji– Wine in India will eventually get its high from the rapidly increasing segment of independent, empowered women who hold the key to the industry’s growth in the country, according to Rajeev Samant, CEO of Sula Vineyards.

Speaking to IANS on the sidelines of the ‘Sula Selections: Globe in a Glass Roadshow 2017’ here, Samant also said that global warming was emerging as a key challenge for the wine industry across the globe — as well as in India. 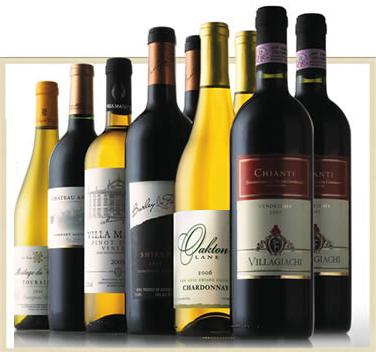 “Drinking for young women in tier 2 cities will be socially acceptable. The point is also about economic empowerment in those cities, when younger people become a little bit economically self-sufficient. Young working women may not have a problem any more in 10 cities in India (right now), but outside those 10 there are still problems. But soon, they are going to get their own disposable income and all of that is going to go lock step. So for sure, its inevitable,” Samant said underlining that women would be driving the growth of wine sales and popularity in India.

Wine, he said, naturally suited women rather than whiskey in the contemporary Indian social context.

“Whiskey is a little bit tough, too strong. Women are much more comfortable with a glass of wine. (Also) in terms of image, in terms of acceptability in society,” he said, adding that such a sentiment is “even reflected in Indian cinema”.

“Back then, if you drank a glass or something in a movie, you were the vamp, you were the fallen woman. Today Priyanka Chopra can have a glass of wine in the movie. She is seen not as a fallen woman, but as an independent, modern woman,” Samant said.

Sula Vineyards, which pioneered wine manufacturing in India in Maharashtra’s Nasik region, currently accounts for nearly 65 per cent market share of the country’s wine industry — with a steady compound annual growth rate (CAGR) of 20 per cent for the last 10 years.

“At this point, our situation is very simple. We have been enjoying a CAGR of 20 per cent for the last 10 years. We are always a little bit constrained on the supply of grapes. Twenty per cent is all we can deal with,” he said.

The challenges for the wine industry in the country, as well as much of the world, comes from climate change and its impact and steps need to be taken to overcome the obstacle.

“On the production side, challenges are climate change, global warming, not enough monsoon, unseasonal rains, too much heat. Let’s make no bones about it. Climate change does not create advantages for anybody. Five per cent of the world’s population will benefit, while 95 per cent is going to face some serious challenges,” he said.

This year, grape production was impacted by as much as 15 per cent due to unseasonal rains, he said.

“We have lost 15 per cent of out crop this year, just to put it in perspective, and every year it is something or the other. So that’s a big challenge for us, in getting the right grapes in, diversifying geographically, diversifying variety, diversifying in terms of pruning time so that it (the harvest) comes at different times. So that if there’s rain at one time, it won’t affect the whole crop. All of these things require a lot of changes in the vineyards,” he said.

Samant also lamented the lack of government support for production and marketing of Indian wines in the manner the European Union supports the wine industry in the continent’s wine manufacturing regions.

“Let’s keep it in perspective. Italy’s extremely competitive abroad. You are going against the French, the Italians, the Chileans and the Australians, who have hundreds and thousands of years of tradition. We are very new. Our cost structure isn’t exactly that low. We have no meaningful support from the government,” he said, when asked about how Indian wines fared in markets abroad.

“The EU, for instance, gives a lot of marketing support and underwrites marketing budgets. EU also gives subsidies to grape growers, There’s a big mechanism to support wine in Europe. India doesn’t have any of that. There are some state benefits like in Maharashtra, where there is a low tax regime. But there, the whole of France, Spain and Italy have a low tax regime for wines,” Samant said. (IANS)