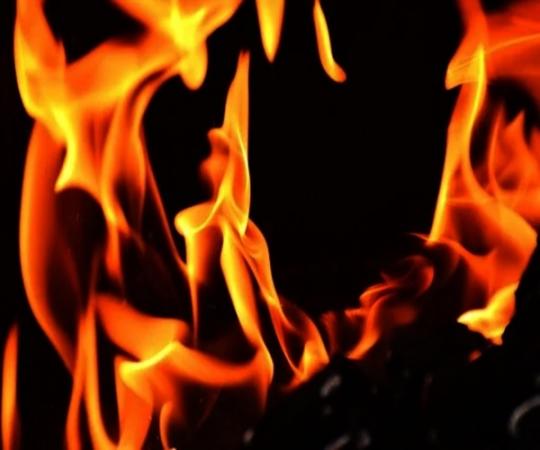 Mathura (UP)–A 45-year-old woman set herself on fire in front of a police station in Mathura’s Raya to protest against inaction against her alleged molesters.

The incident happened on Saturday. The woman has suffered 96 per cent burn and has been admitted to a hospital in Agra in a critical condition.

The woman was allegedly being harassed by the accused to withdraw her five year old complaint against them.

According to her family members, she took the extreme step as the police were not taking action against those who molested her in 2017. They had been, in fact, harassing her to withdraw her complaint.

However, police claimed that the woman had come with her husband to give an application regarding a dispute with some people on the issue of flooding in their field.

Senior Superintendent of Police (SSP) Gaurav Grover said, “This was a separate dispute from her 2017 FIR. In the earlier case, the accused, Harish Chand, was arrested under IPC section 354 (assault on woman, intending to outrage modesty) and a charge sheet was filed against him. On Saturday, the woman along with her husband had come to file a complaint. The matter is being probed in detail now.”

The SSP added that an FIR will be registered as per the complaint given by the victim’s husband. (IANS)

Celebrate the City of Nawabs