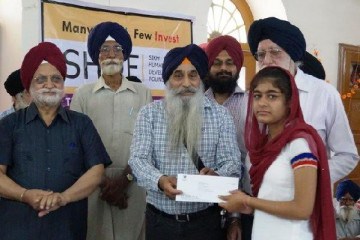 The Washington-based foundation has since 2011 given over $2 million in scholarships based on merit and need to about 5,000 students in Punjab and neighboring areas, Ahuja said on Friday.

About 2,700 scholarship recipients have already graduated and they include doctors, engineers and scientists, he added.A Some of them now work in the United States. Jasdeep Singh Juneja, who is an information technology professional in Dallas, Texas, said, “If there was no SHDF then I will not be in USA and I would have been lost in life.”

Chairman of the Sikh Council on Religion and Education, Rajwant Singh said: “The supporters of this cause can be proud of the fact that they are holding the hands of the students who are dreaming to stand on their own feet.”