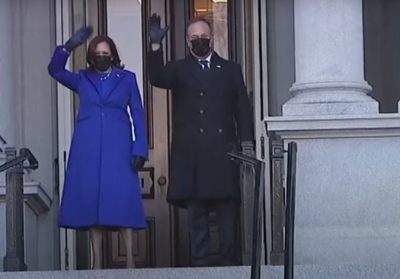 Washington– US second gentleman Doug Emhoff was escorted out of an event at a high school in Washington on Tuesday afternoon due to a bomb threat.

Emhoff, married to US Vice-President Kamala Harris, was visiting Dunbar High school to celebrate Black History Month, dedicated to honouring achievements and struggles of African-Americans throughout US history.

He was attending a presentation at around 2:20 p.m. ET (1920 GMT) when Secret Service agents ushered him off stage and out of the building.

Teachers and students at the school were ordered to evacuate shortly afterwards, Xinhua news agency reported.

A spokesperson for D.C. Public Schools told a reporter at the scene there “was a bomb threat” reported at the school.

“We had a threat today to the facility,” District of Columbia Public Schools Press Secretary, Enrique Gutierrez explained. “Basically we took the precaution of evacuating everybody, as you saw. I think everyone is safe.”

“The building is clear. But I don’t have any specific details at this moment,” Gutierrez said.

The incident came one week after more than a dozen historically black colleges and universities (HBCUs) around the the US received bomb threats.

More than 90 per cent of Dunbar High school’s students are African-Americans, according to the D.C. School Superintendent’s website.

A law enforcement official has said the FBI has identified six persons of interest around the country, all juveniles, who are suspected of making the threats against the HBCUs.

The official added they appear to be “tech savvy,” using sophisticated methods to try to disguise the source of the threats, which appear to have a racist motivation. (IANS)