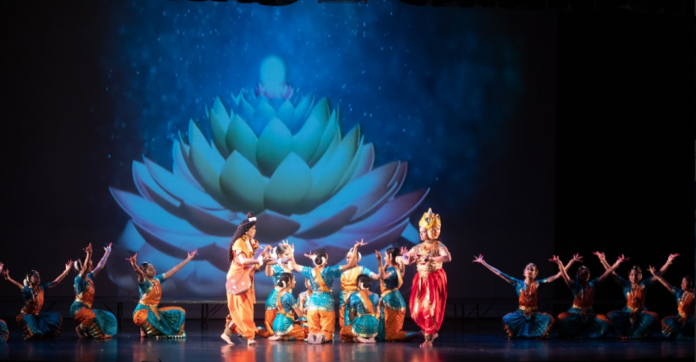 BILLERICA, MA–Vision-Aid, a Boston-based non-profit organization helping visually impaired in India, held its annual fundraising dance drama “Invincible Spear – the Legend of Skanda” on July 21. The “Invincible Spear” became their 12th legendary annual show in Boston and was sold out more than a week in advance. (Photos: AKAImagery)

The event was opened by Vision-Aid President Syed Ali Rizvi and Co-Founder and Vice President Revathy Ramakrishna. Several individuals who had made significant contributions to the cause of Vision-Aid, as “Grand Sponsors” for the event were recognized and honored on stage with a lamp lighting ceremony to open the event. 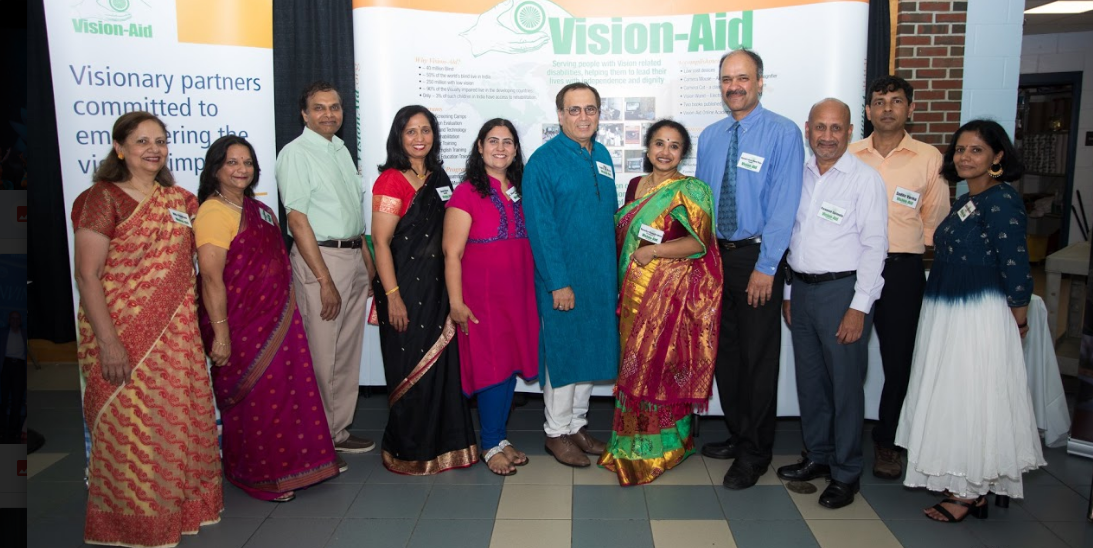 This was followed by the launch of the Vision-Aid model by Chair of the Vision-Aid Board Puran Dang and his wife Kamlesh Dang. Ram Raju, Founder and executive director explained that the model has been developed with 15 years of experience in running the programs in 10 different locations, and offers a ready blueprint for the creation of a Resources Center for the visually impaired. 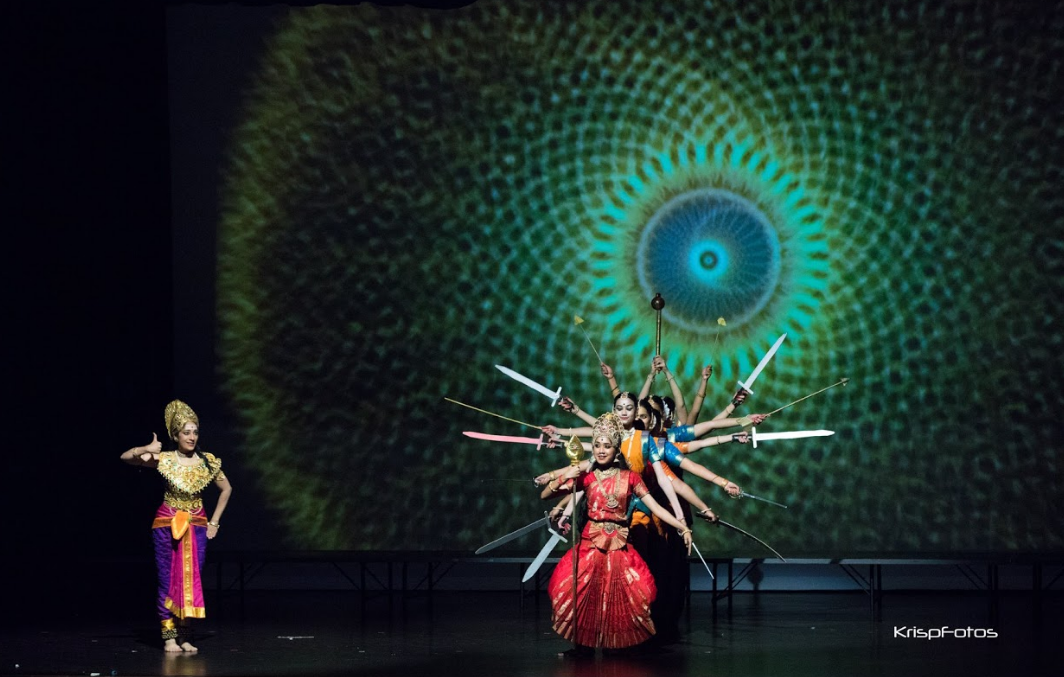 This was followed by eloquent and inspiring speeches by Chief Guests and Keynote Speakers Raj and Nalini Sharma, who spoke about the direct and impressive impact the cause was having on many, and exhorted the audience to consider supporting the cause so that the work of Vision-Aid could expand and grow.

Vision-Aid announced a matching challenge from the Chief Guests and two other anonymous donors for $55,000, an announcement which helped to draw support both at the event and online. 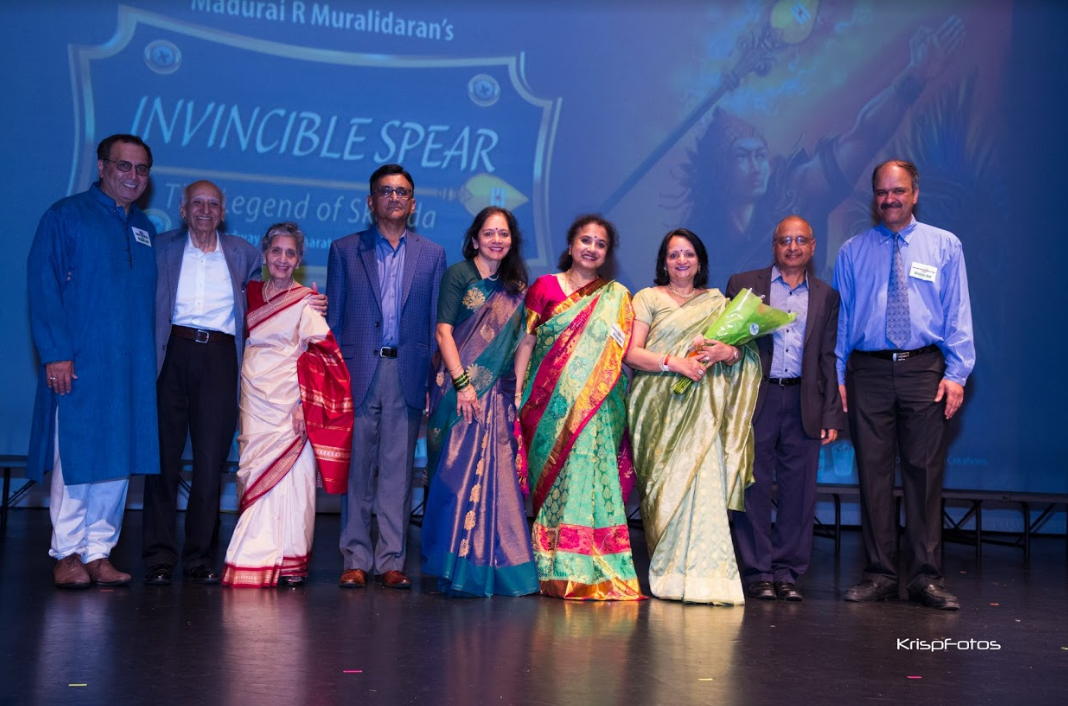 After the completion of the show, the dance production commenced: “Invincible Spear- the legend of Skanda”.

The Broadway style show traces the story of the life of “Skanda” also known as Muruga or Karthikeya  from birth to his youth when he slays the evil demon Soorapadman with the Invincible Spear (“Vel”) from his mother, bringing peace to the world and also his marriage to Valli. The show highlights many unique aspects of this timeless Indian epic in a rich and vibrant choreography, produced by renowned choreographer Madurai R. Muralidaran, ably assisted by the best dance talent in the Greater Boston area.

The concept and choreography for this production is by Madurai R. Muralidaran of Chennai, India, a renowned dance choreographer and composer who has won critical acclaim for his creations in Bharatanatyam. He has over 300 compositions to his credit, including his most recent Boston productions, “Golden Armor, Golden Heart – The inspiring story of Karna” (2018) , “Charmer, Warrior, Guide” (2017), The Iconic Avatar (2016), The Dancer’s Pledge (2014), Slaying of the Demons (2012), Justice of the Anklet (2010), and Krishna (2009). 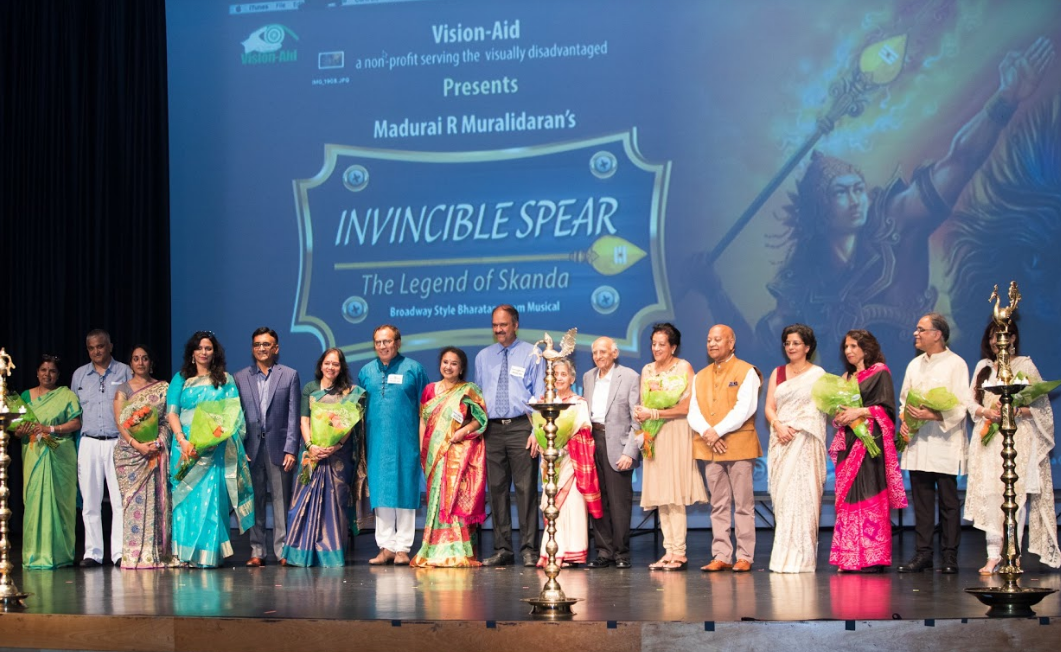 The Artistic Directors are joined by over 50 amazing dancers from the Greater Boston area. 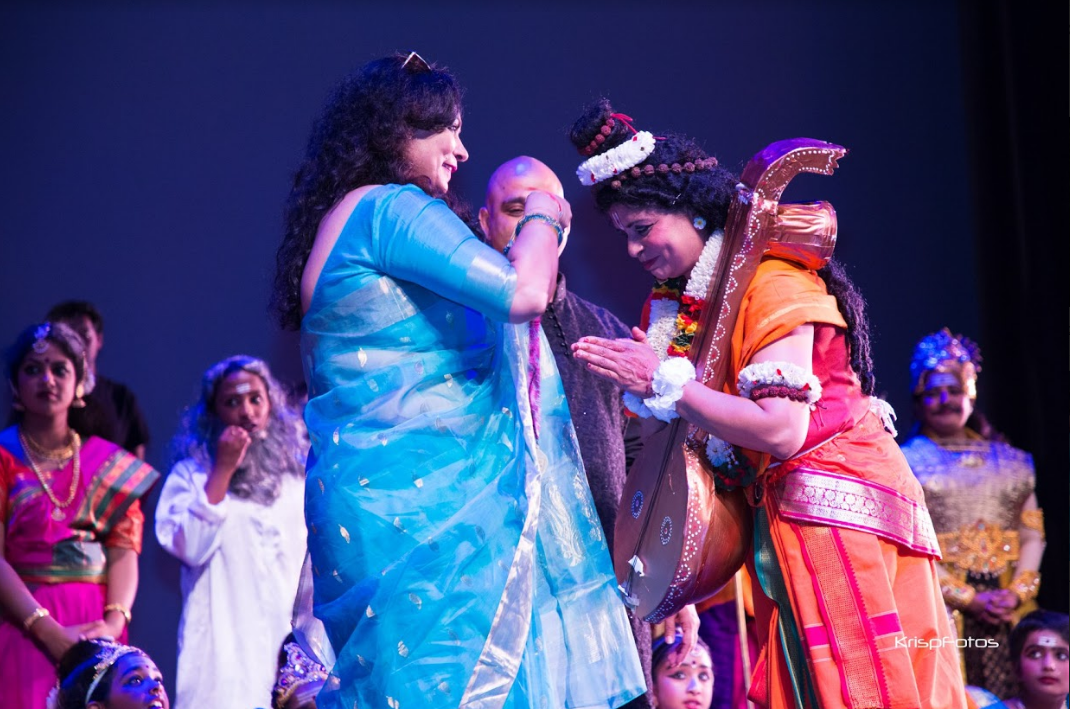 Vision-Aid’s mission is to enable, educate and empower the visually impaired to live with independence and dignity. It currently offers services and innovative assistive technology and devices to blind and low vision persons in ten different locations in India and provides comprehensive skills training programs through its Online Academy to visually impaired from all over India. Vision-Aid plans to use funds from this year’s annual event to not only sustain existing programs, but to expand the existing programs to new locations (including Delhi and surrounding areas) and adding new services including training programs in Accessibility Testing for the visually impaired.

Puran Dang, Chair, Board of Advisors said “It was so gratifying to see that Vision-AID broke records on so many levels. We attracted about 700 attendees; we raised record sum as donations; we presented the most charming Broadway Style show ever presented in Boston and we had the blessings of the well-wishers of our community on one evening. The dancers in colorful clothes evoked applause never seen before!” He added “There was love all around for the noble cause of helping the Vision-Impaired. Helen Keller wrote ” Love is like a beautiful flower which I may not touch, but whose fragrance makes the garden a place of delight just the same” Our about hundred volunteers, and selfless members of our community put their hands and loving hearts together to make the show the best ever. Thanks to them from our entire Vision-Aid Team”

Syed Ali Rizvi, President of Vision-Aid said “Vision-Aid is embarking upon an ambitious expansion of our programs and offerings so that we can reach as many affected people as possible. Our resource needs also have tremendously increased.  The Vision-Aid community of supporters have been very forthcoming and volunteered their support in every possible way. From their expertise in technology or delivery solutions to developing programs, our donor pool has expanded. We have not only the corporate support from our longtime partners, Harvard Pilgrim Healthcare, Turkish Airlines and Leader Bank but also many others such as Crossing Point Acupuncture and Chinese Herbal Medicine. We are now in discussions with several new partners and NGOs, which are in various phases of finalization. Hopefully very soon, we will firm up with our newest partner, Shroff Charitable Eye Hospitals, in the NCR region in India. All this is made possible because of the hard work of a large number of people putting a lot of time to help in this effort. Thank you for all of your contributions and believing in the cause.”