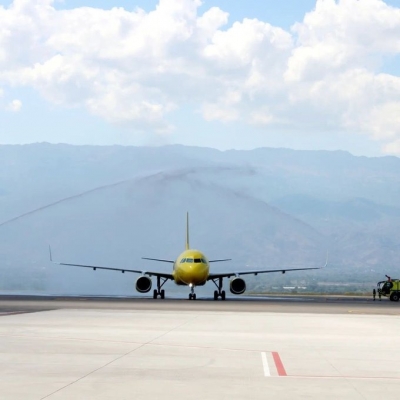 Washington– US low-cost carriers Spirit Airlines and Frontier Group Holdings, the parent company of Frontier Airlines, have a announced a merger deal.

Management of the two airlines aims to form the most competitive ultra-low cost fare airline in the United States and expand operations in the coming years, according to a joint statement released on Monday.

The merged airline would expand service to underserved small and mid-sized cities across the United States based on existing networks, which cover over 145 destinations in the US, Latin America and the Caribbean.

The combination also is expected to deliver annual run-rate operating synergies of $500 million once full integration is completed.

The new airline would have about $5.3 billion of annual revenues based on 2021 results and a better financial profile with a combined cash balance of around $2.4 billion by the end of 2021, according to the statement

Still, both Spirit Airlines and Frontier Airlines posted annual losses from 2020 to 2021 with expenses inflated in 2021, according to the latest operating results of the two companies issued on Monday.

The merger deal has been approved by the boards of directors of both companies and is expected to close in the second half of 2022, said the release.

The combined company’s management team, branding and headquarters will be determined by a committee led by Franke prior to the close of the deal, the statement added. (IANS)