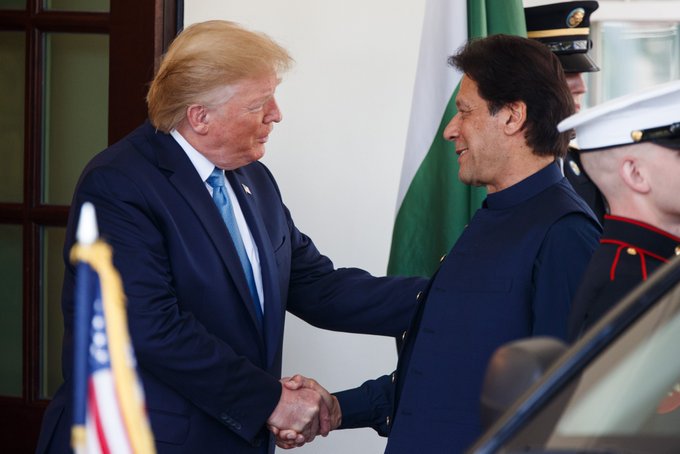 Washington–The US has cut its aid to cash-strapped Pakistan by $440 million, bringing its commitments to just $4.1 billion.

The decision to cut Pakistan’s economic assistance was officially conveyed to Islamabad about three weeks before the visit of Prime Minister Imran Khan to the US, the Express Tribune reported.

The aid was disbursed under Pakistan Enhanced Partnership Agreement (PEPA) 2010. The agreement was signed in 2010 to make operational the Kerry Lugar Berman (KLB) Act that was passed by the US Congress in October 2009 to disburse $7.5 billion to Pakistan over a period of 5 years.

However, soon after PEPA agreement was made effective the relations between Pakistan and the US started deteriorating and reached nearly its lowest ebbs in decades. This also affected the actual commitments and disbursements under the KLB Act.

The report said the commitments under the KLB earlier stood at nearly $4.5 billion. Now, after the cut the aid will come down to $4.1 billion.

The KLB was aimed at making investments in Pakistan’s economic infrastructure, particularly in energy and agriculture, to help the country recover from its energy and water crises, improve the daily lives of the Pakistani people and increase opportunities for economic growth.

In September 2018, the US military cancelled $300 million in aid to Pakistan over its failure to take action against militant groups.

Washington has long complained that Pakistan provides a safe haven to militant groups, including the Afghan Taliban, Haqqani Network and Al Qaeda, allowing them to carry out cross-border attacks in Afghanistan.

During his meeting with Imran Khan in July, US President Donald Trump had hinted that he was unlikely to lift the freeze of security assistance to Islamabad till the time he was satisfied with Islamabad’s actions against terrorist network.

“We were paying $1.3 billion to Pakistan in aid for many years. The problem was Pakistan was not doing anything for us,” Trump had told Khan.