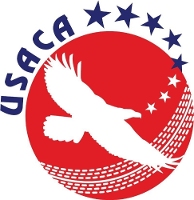 “USACA is thrilled to announce a commercial partnership with Global Sports Ventures, LLC to bring this long adored sport stateside, and are confident in their ability to grow the sport in the United States,” said Gladstone Dainty, President of USACA. “This multi-year, multi million-dollar licensing agreement will change the way the sport is played, followed, watched and administered, and we’re excited to provide for the first time ever annual contracts to our players – both male and female.”

Through a $70 million licensing agreement, Global Sports Ventures, LLC takes the first step in growing the beloved sport in the United States, which boasts the second highest viewership of Cricket in the world behind India – with more than 1.4 million people tuning in to view the ICC World Twenty20 competition earlier this year. Based on the high demand of the sport, the development company is prepared to generate hundreds of millions of dollars through partnerships, significantly impacting the sports economy.

Jignesh (Jay) Pandya, president and CEO of Global Sports Ventures, LLC said, “The professional sports landscape is a notoriously tough market to break into, but we’re confident in the strength of the consumer demand in the US. This agreement allows us to grow the world’s second most popular sport right here in our own backyard.”

The deal between the USACA and Global Sports Ventures, LLC will professionalize the game of Cricket in the U.S., providing American athletes the opportunity for a professional career in Cricket.
About USACA

USACA is the national governing body of Cricket in the United States formed in 1965. They are an associate member of the International Cricket Council (ICC), the world governing body for Cricket.

Cricket is a bat and ball game played between two teams of 11 players each on a Cricket field. At the center of the field is a 22 yard long pitch with a wicket (set of 3 wooden stumps) at each end. One team is designated the batting and the other side bowls (pitches) and fields. The batting team attempts to score as many runs as possible within 120 (T20) legal pitches. Whoever scores the most runs wins.

History of Cricket in America
Benjamin Franklin formalized the rules of Cricket in 1754.
George Washington used to play Cricket (which they called Wicket) in Valley Forge, PA in 1778.
The first ever International game (in any sport) was a Cricket match between USA vs. Canada.
Abe Lincoln attended Chicago versus Milwaukee match in 1849.
Cricket was the American sport before the Civil War.
Baseball Hall of Famers George and Harry Wright both played for the USA Cricket Team.
Babe Ruth played Cricket in London in 1935.