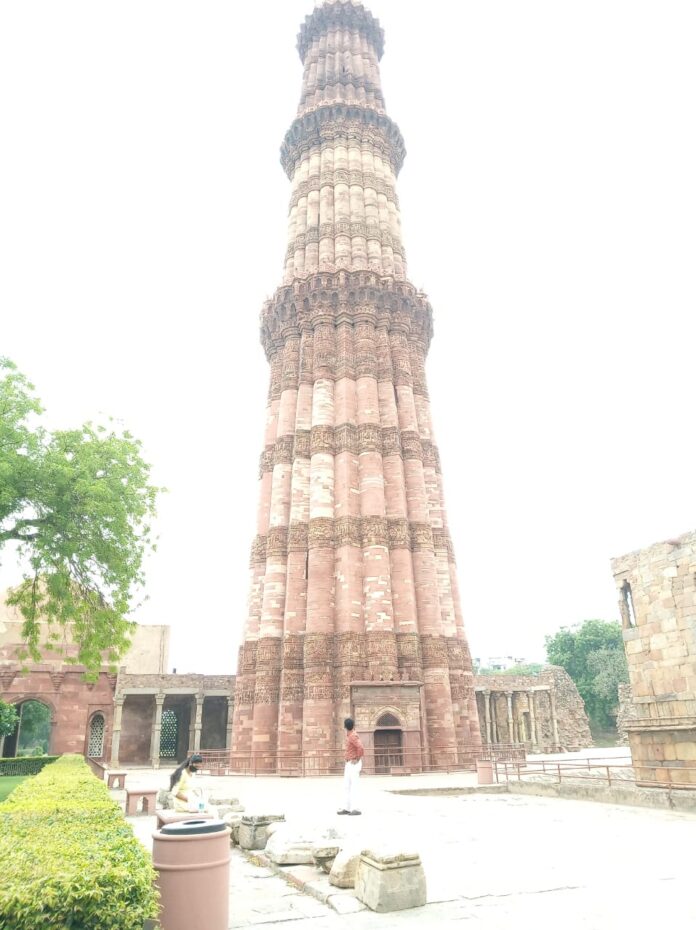 New Delhi– A fresh application moved on Thursday in Delhi’s Saket Court by a man claiming to be heir of a royal family in Agra seeking ownership of Qutub Minar twisted the row over the restoration of temples at the minaret in the national capital.

Considering the intervention application, Additional District Judge Dinesh Kumar deferred the pronouncement of the verdict for August 24 on the appeal seeking the restoration of the Hindu and Jain temples and the deities at the Qutub Minar complex.

The intervention plea was moved through Advocate M.L. Sharma by Kunwar Mahendra Dhwaj Prasad Singh claiming to be heir of the united province of Agra and he sought the rights over territories from Meerut to Agra.

In the plea, it was contended that the applicant belongs to the Beswan Family and heir of Raja Rohini Raman Dhawaj Prasad Singh and descendants of Raja Nand Ram who had died in 1695.

“When Aurangzeb became firmly established on the throne, Nand Ram submitted to the emperor and was rewarded with the Khidmat Zamidarir, revenue management of Joar and Tochigarh,” read the plea.

In 1947, during the time of another family member Raja Rohini Raman Dhawaj Prasad Singh British India and its provinces became free and independent, the plea stated.

However, after the independence of India in 1947, the Indian government neither entered into any treaty, nor there was any accession, nor there was an agreement with the ruling family, the applicant argued.

Notably, the appeal in the matter, alleging that around 27 Hindu and Jain temples were desecrated and damaged in 1198 under the the Slave Dynasty Emperor Qutub-ud-din-Aibak raised the construction of the said mosque in place of those temples.

The temples were dismantled, desecrated, and damaged under the command of the Slave Dynasty Emperor, who raised some construction at the same very place and named it the Quwwat-Ul-Islam Mosque, as per the appeal. (IANS)