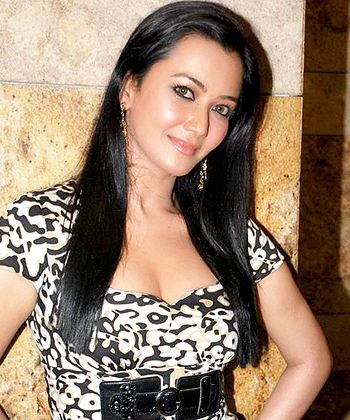 Mumbai– Actress Nausheen Ali Sardar, who has earlier worked with Hiten Tejwani in “Kkusum” and is now sharing screen space with him in “Gangaa”, says he is a prankster on the sets.

Talking about working with Hiten, Nausheen said in a statement: “I did my first ad film with Hiten for Close-Up. Then I was a 16-year-old girl and Hiten was doing some films.

“Then a couple of years later, we had our sets next to each other in ‘Kkusum’ and ‘Kutumb’. Later he entered ‘Kkusum’, and now after 10 years we are working together. He is a prankster on the sets and has the whole set flocking around him.”

“Gangaa”, which airs on &TV, showcases the story of a girl’s indomitable spirit and her will to survive. The show also features Aditi Sharma and Vishal Vashishtha.

Every day after the shoot, Vatsal goes for physiotherapy as well.

“Acting is one such profession wherein unless you have to be admitted to the hospital, you have to continue to shoot even if you are injured or ill.

“And if you are doing a daily soap, it gets worse as we have to shoot almost every day to have five episodes a week ready to be aired,” Vatsal said in a statement.

“So whenever there is free time in between takes or during lunch breaks and readings, I wear a cervical collar to support my neck. I am glad that I am atleast able to remove time for physiotherapy,” he added.