The Threads Conference, which will be held Nov. 1-3, at Hilton Woburn Hotel in Woburn, MA, is the first of its kind, with a mission to tell the story of Hindu-Americans and their contribution to American business, society, technology, education and health, among other areas.

Here is the list of key business executive and entrepreneur speakers:

Dr. Mukesh Aghi is the President and Chief Executive Officer of USISPF. Dr. Aghi has extensive experience working with business and government leaders in the U.S. and India to promote trade and strengthen ties between the two countries. He also currently serves as a trustee at Claremont Graduate University.

Previously, Dr. Aghi served as Chief Executive and Member of the Board at L&T Infotech where he expanded the business on a global level. During his time at Steria, Inc. (India), Dr. Aghi served as Chairman and CEO of the Asia-Pacific region. Additionally, Dr. Aghi was the founding CEO of Universitas 21 Global, the world’s largest consortium of research-led universities and global leader in providing post-graduate online education. He was also the President of IBM India for IBM Corporation, and spent time working with Ariba, Inc. and JD Edwards & Co.

Dr. Aghi holds several degrees, including an advanced management diploma from Harvard Business School, a Ph.D. in international relations from Claremont Graduate University, an MBA in international marketing from Andrews University, and a BA in business administration from the Middle East College, Beirut, Lebanon.

As a fluent speaker in many international languages, Dr. Aghi was recognized by Esquire Magazine as a Global Leader and has won many awards over the course of his professional career, including the J. R. D. Tata Leadership Award. In his free time, Dr. Aghi is a major marathon and mountaineering enthusiast. He has competed in over 27 international marathons and climbed some of the highest peaks in North America and Europe.

Udit Batra is Chief Executive Officer of MilliporeSigma, the $6 billion life science business of Germany-based Merck KGaA, and a member of its Executive Board. Mr. Batra is the first American to hold this position in the company’s 350-year history.

In addition to leading MilliporeSigma, Mr. Batra has Board responsibility for the company’s global Business Technology function. On Nov. 15, he will be honored with 2019 New England Choice Awards as Business Person of the Year at Westin Hotel in Waltham, MA.

Born in New Delhi, India, Mr. Batra is an accomplished executive who has dedicated his career to improving health for people globally. After he became CEO in 2014, he and his MilliporeSigma team developed and executed a growth strategy that included the 2015 acquisition of chemicals and technology giant Sigma-Aldrich. Mr. Batra architected and led this merger — the largest acquisition in the history of Merck KGaA, and one of the largest ever in the life science industry. Today, Mr. Batra continues to lead the business through a strategic transformation that has made MilliporeSigma a top-three player in the industry and an employer of choice in many regions where it operates around the world.

Mukesh Chatter is a successful high-tech entrepreneur and current co-manager of investment firm NeoNet Capital. In 1999, Chatter sold his Nextabit Networks for $900 million to Lucent Technologies. He had founded Nextabit in 1996. He also founded NeoSaej Corp. and Axiowave Networks Inc.

Jit Saxena has a long and successful career of entrepreneurship and business leadership in growing new global industries.

As founder, chairman, and CEO of Netezza, the leading provider of data analytics and monitoring appliances, Saxena led its initial public offering and its acquisition by IBM for $1.7 billion in 2010. Saxena also founded and led Applix, a leader in analytical CRM software, which he took public in 1994. 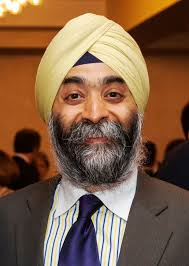 Dr. Amar Sawhney is one of the foremost innovators and entrepreneurs in medical technology. He currently serves as the Chairman of Ocular Therapeutix, Inc. and of Instylla, Inc. Previously, he served as Chairman of Augmenix, Inc., which was acquired by Boston Scientific in September 2018 for $600 million. Prior to that, Mr. Sawhney founded Confluent Surgical (acquired by Covidien), Focal Inc. (acquired by Genzyme), and Access Closure, Inc. (acquired by Cardinal Health). His innovations are the subject of over 120 issued and pending patents in biomaterials and bio-surgery.

In addition to being an innovator and entrepreneur, Mr. Sawhney has also created a platform to support other entrepreneurs.  He and his partner, Fred Khosravi, have founded Incept LLC, whose vision is to serve as an “enabler” of healthcare entrepreneurs.  Incept counts among its companies, Embolic Protection, Endo-Tex, and Sadra Medical (all acquired by Boston Scientific), Access Closure, Inc., Hotspur, Inc. (acquired by Teleflex), Ostial LLC, and Imperative Care in California, Axtria and MarketRx (acquired by Cognizant) in New Jersey, Maya Medical (acquired by Covidien), Augmenix, and Ocular Therapeutix, in Massachusetts, and Neurolutions in St. Louis.

Ram Sudireddy is a serial entrepreneur with many successful launches to his name in the tech and health industry. His latest venture, Bento was founded in 2017 by with serial entrepreneur Saty Mahajan in response to the numerous and widely varied issues in the dental benefits market. Recognizing that dental insurance isn’t really insurance, but rather an employer benefit, they built a platform using leading edge technology that solves issues for employers and dentists alike.

Bento uses a direct reimbursement model that manages everything from appointment to payment, and more importantly, cuts out burdensome insurance companies that get in the way of patient care.