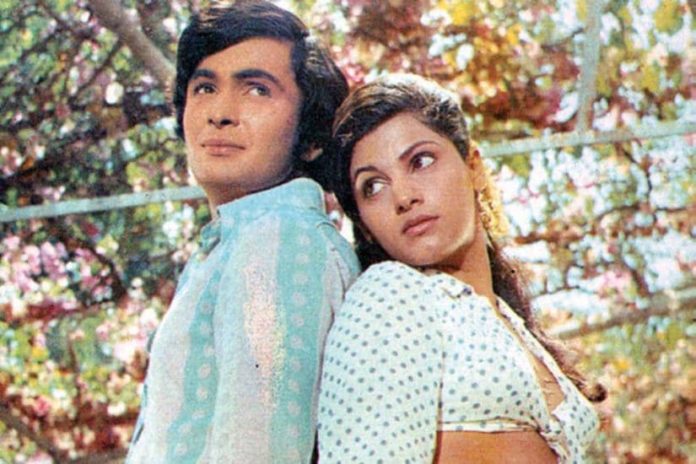 Mumbai–From the son of the iconic Raj Kapoor to the romantic hero of the seventies to the father of new-age star Ranbir Kapoor, Rishi Kapoor a magnetic personality. He lived a life in a way that lives up to the title of his autobiography, “Khullam Khulla”.

Here we take a look at the journey of the legendry actor through the years:

Rishi, the second child of actor-filmmaker Raj Kapoor and Krishna Raj, is born on September 4.

Little Rishi, lovingly called as Chintu was just three when he faced the camera for the first time, in the iconic rain song “Pyar hua iqrar hua” of the film “Shree 420”, featuring his father Raj Kapoor with Nargis. During his last interview with IANS, asked if he remembered the shoot, Rishi replied: “Nah! I hold hand with other two boys and walked. Baaki kahan yaad rahega, bahat chhota tha main.”

“Mera Naam Joker” marks his debut as a young boy, as the younger version of the protagonist clown Raju, essayed by his father Raj Kapoor. He bagged the National Award as Best Child Artist.

He makes his debut as a Bollywood hero in “Bobby”, a teenage love story that also featured Dimple. The film is a superhit.

Rishi marries Neetu Singh , his co-star of many a hit. Also this is the year of “Karz”, a milestone in his career that cemented his image as a romantic hero, with superhit songs like “Dard-e-dil” and eOm Shanti Om’. In September

He appears in “Coolie” alongside Amitabh Bachchan after earlier collaborations such as “Kabhie Kabhie”, “Amar Akbar Anthony”.

Bollywood loses its ultimate showman Raj Kapoor. Rishi lost more than his father e he lost his mentor and his favourite film director. Rishi was starring in Kapoor’s senior final film “Henna” back then. The film would be completed by Rishi’s older brother Randhir Kapoor in 1991.

Rishi Kapoor joins Twitter in January, and is an instant cyber sensation. Over the past decade he had been, by turns, regaling, informing, and triggering off debates routinely with his blunt statements on social media.

The actor, mostly known for his loverboy roles in his heydays, turns villain as Rauf Lala in “Agneepath”. The performance remains one of his best till date. He repeats villainy again the next year in “D-Day”.

His role of a merry-spirited grandpa obsessed with Mandakini of “Ram Teri Ganga Maili” in the film “Kapoor & Sons” was a comic delight across generations.

Rishi pens his autobiography “Khullam Khulla: Rishi Kapoor Uncensored”. True to his nature, the writer Rishi unveils unadulterated emotions and pours his heart out in the book.

He is diagnosed with bone marrow cancer and he flies off to New York for a year’s treatment. Incidentally on October 1, 2018, Rishi’s mother, Krishna Raj passes away. For fans, the year is special because Rishi Kapoor united with Amitabh Bachchan for what would be their last time in “102 Not Out”. In the comedy drama, Rishi played the 75-year-old son of a man who is 102.

The actor’s last release, “The Body”, opens on November 13. The film co-starring Emraan Hashmi and Sobhita Dhulipala fares below expectations.