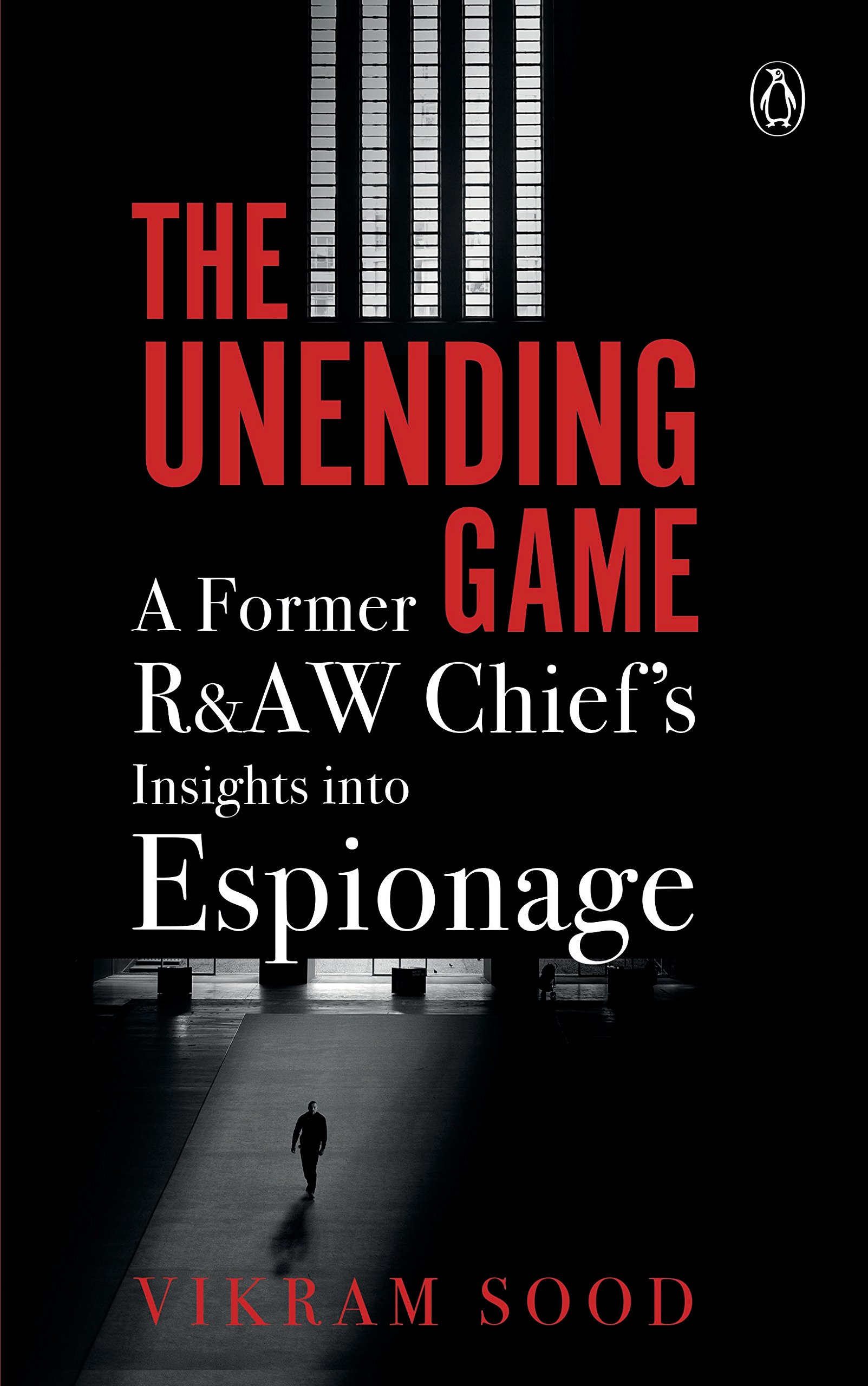 What do you expect from a book that promises insights into the world of espionage? Ian Fleming’s James Bond picking up beautiful women during his mission to serve national interests? Or maybe flame-haired female Russian spies using their sensuality to gain access to the American national security establishment? 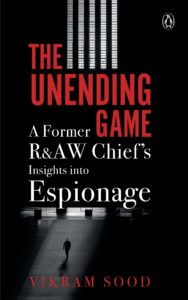 No! That happens only in the world of fantasy.

The real world of espionage is drab but nonetheless thrilling. The real-life characters don’t drive flashy sports cars, unlock safes, wear jazzy clothes or are masters of martial arts. They are anything but 007s. They are the antitheses of Bond. They look unassertive in their demeanor. But behind the unnoticeable and poker-faced expression lives a cunning, ruthless agent. The real spy.

“James Bond is fantasy, George Smiley is reality,” says Vikram Sood — a career intelligence officer for 31 years who retired in 2003 after heading India’s external intelligence service, the Research and Analysis Wing (R&AW) — in his debut work of non-fiction “The Unending Game: A Former R&AW Chief’s Insights into Espionage”, published by Penguin Random House.

George Smiley is a fictional character by novelist John le Carré. Smiley, a career intelligence officer with “The Circus”, the fictionalised British overseas intelligence agency, is a central character in le Carré novels — the latest one being “A Legacy of Spies”.

“In the strictest sense, a spy who completes a productive career without being discovered and settles down to quiet retirement is a successful spy,” defines Sood, who is now a not-so-quiet adviser at the Observer Research Foundation where he writes on India’s strategic affairs and national security.

Sood’s 300-plus page book about the tradecraft of intelligence largely explodes the prevalent perception about the “second oldest profession but just as honorable”. This includes a mystique or even a glamourised aura that the worlds of fiction and cinema have created around it.

The book is not a former spy’s personal memoir, nor is it merely about the R&AW. It is an attempt to throw light on the practice of espionage in war-ravaged 20th Century and the differently tumultuous 21st Century and tells us a bit about the security challenges India has faced or may face in the future — more so in the virtual world of cyber space.

The retired spymaster, of course, talks about the issues he faced as the head of R&AW but the main purpose of the book apparently is to deal with the theory of espionage — mysteriously shrouded or unduly glamourised.

Sood may have retired as an Indian spy but the anti-Pakistan flame he has kept alive all his career has not been snuffed out. It is evident in an elaborate account of Pakistan’s quest for the “Islamic” nuclear bomb. In fact, the prologue, which sets the pace and the narrative of the book, details how Zulfiqar Ali Bhutto famously said “we will eat grass or leaves, even go hungry but we will get one (nuclear bomb) of our own (because) we have no other choice” if India went ahead with its nuclear weapon programme.

Sood recalls a recorded event at Cafe du Trocardo in Paris in November 1978 when the Pakistanis were shopping for the nuclear bomb across Europe.

“‘Forget chasing the plutonium route. Uranium is the real McCoy,’ he said to the other man. The two had met for coffee that Sunday morning and then drifted away together towards Avenue Poincare to their cars. As one of them unlocked his car, the other slipped him an envelope.”

It was after R&AW’s years of a furious hunt all over Europe to lay hands on any evidence of Pakistan’s pursuit of nuclearisation as the agile Pakistanis kept moving from Germany to the Netherlands, then to Belgium, France, Switzerland and the UK.

Until then the R&AW officers had scoured the globe to find out how and from where the Pakistanis were acquiring material and technology.

“The envelope contained a document that clearly indicated that Pakistan had obtained 20 high-frequency inverters essential for enriching uranium. The first order had been placed through a West German firm — Team Industries.”

The intelligence was passed on to the civilian government in India to alert the world about Pakistan’s clandestine nuclear programme.

But Sood, little short of disparaging, says the R&AW, after navigating the labyrinth path to Pakistan’s bomb, “had no support or sympathy from the Prime Minister of the day, Morarji Desai, an acerbic Gandhian who did not want to have anything to do with intelligence collection about threats to the country, much less with matters relating to nuclear weapons acquisition”.

Desai “went about systematically decimating” the agency. Stations were shuttered, budgets slashed and “sensitive operations that had taken years to build” were also closed.

“Intelligence agencies,” Sood writes, “are the sword arm of the nation” and perhaps that is why “external intelligence, espionage and covert operations are a country’s first line of offence and defence”.

The book is a must-read for intelligence practitioners, security or strategic affairs experts or even academics — for those who are interested in knowing about the the real, not-so-raunchy or glamorous side of the world of espionage. It is full of action sans drama. But then facts are facts, and they need not be dramatic. To read this not-so-simmering account is to come in from the cold — the “Cold War”, I mean. (IANS)