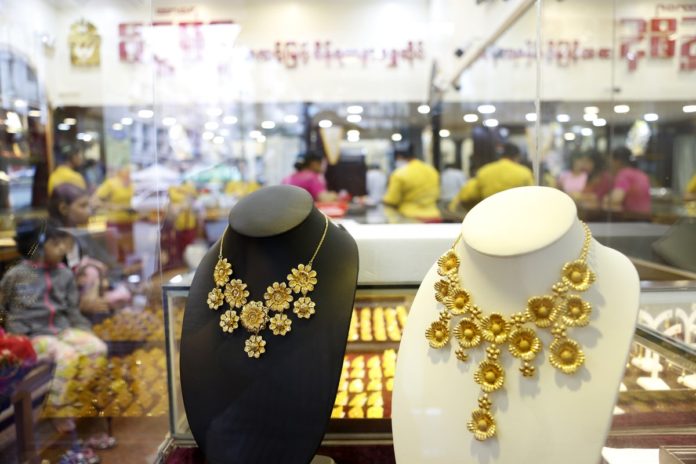 Mumbai–Gold prices have hit a record high amid a rush for safe haven assets owing to the fears of a recession. Goehring & Rozencwajg, a research firm which focuses on investments in natural resources, says the great gold bull market has begun.

Gold prices have surged over 20 per cent since January 1 and touched a life-time high of Rs 38,666 per 10 gm earlier in the month.

A bull market is defined by a condition in a financial market where commodity, stock, currency or bond prices are rising or are expected to rise.

According to the Goehring & Rozencwajg’s report, this bull market will be driven by Western investors, and their buying pressure may have already started.

Recently, the UK and Germany’s economy contracted, raising fears of recession. Germany, the biggest European economy which is largely export-driven, has been hit by US-China trade tensions.

The UK, the world’s fifth largest economy, recently logged negative growth, owing to the pressure on its businesses amid political uncertainty over Brexit.

Gold rose 9 per cent while silver once again lagged, rising less than 1 per cent. Platinum fell 2 per cent and palladium (again being pushed because of restrictive diesel regulations in Europe) rose 11 per cent.

Explaining the gold bull run further, Goehring & Rozencwajg said that gold stocks were also strong during the quarter, advancing by 14 per cent.

“We have seen a large increase in physical accumulation by both gold and silver ETFs (exchange traded funds) over the last several months,” the firm said.

However, they added that the only thing that concerned them was the price of oil relative to gold.

“Over the last three years, we have been very bullish on global oil markets. We explained how we were waiting for gold to become undervalued relative to oil, just like it did back in the 1999-2000 period.

“A ‘cheap’ gold-oil ratio would give us our final signal that gold’s three-and-a-half-year corrective phase had come to a close,” the firm said. (IANS)