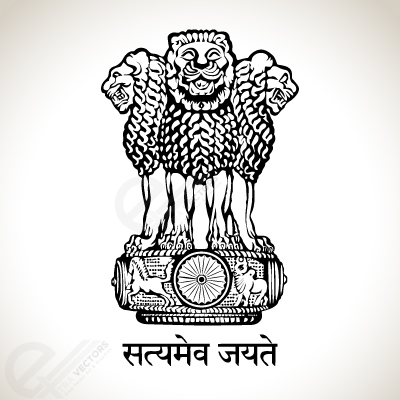 New Delhi– The year 2022 will be a defining year to decide the political destiny of India. Assembly elections in five states including the decider state of Uttar Pradesh and Presidential elections will reveal the ruling BJP’s play and also test the Opposition unity.

The X factor for the year continues to be Covid like the previous two years. The year 2022 has already started on an ominous note for India with fresh infections touching six month high in major cities and more restrictions being imposed on mobility and public gatherings.

IANS brought to you 12 numbers that defined 2021. We now present to you 12 themes which will define the contours of 2022.

Uttar Pradesh and the future of Hindutva in India

Prime Minister Narendra Modi and Uttar Pradesh Chief Minister Yogi Adityanath have made a slew of announcements to stop the slide in electoral fortunes in the crucial electoral state of UP which goes to the polls soon. The BJP’s projected tally in the ensuing elections is now holding steady at 210 seats and both the campaigners are trying to turn it around.

The rise of Arvind Kejriwal

Delhi Chief Minister Arvind Kejriwal has a spring in his step as he steps out of his comfort zone in Delhi to grab power in Punjab and Goa. The BJP is worried about his dominant presence as he uses copycat themes to enlarge the scope of his politics, the latest being the appropriation of B.R. Ambedkar after Lord Ram.

India’s challenge in 2022 is to not only to ensure Chinese troops return to status quo as on April 2020 when the aggression at the LAC began, it is to keep the balance in the neighbourhood, where China is making deeper inroads.

At the same time, Moscow appears keen to arrange a trilateral summit with PM Modi and President Xi Jinping of China, two leaders who haven’t spoken directly once since the standoff began, and if it happens, it will be the big surprise of the year.

While the calendar is packed with marquee events, the big question is will Covid allow the Asian Games, Commonwealth Games, Soccer World Cup in Qatar, ICC T20 World Cup in Australia to take place?

The President and VP Elections

Will PM Modi pull the rabbit out of the bag and appoint Sharad Pawar to neutralise NCP politically and retain Maharashtra or alternatively make a political statement by making a minority Prez or Veep?

It will be truly tested in the President’s election in July. West Bengal, Tamil Nadu and Kerala polls have shown in 2021 that the Oppostion chieftains can keep the BJP at bay, if the entire Opposition spectrum joins hands in the electoral college then BJP can be vanquished. The Maharashtra model can be used effectively. As of 2021, the electoral college comprises 776 MPs and 4,120 MLAs.

India will launch two unmanned missions in 2022 before the human spaceflight programme ‘Gaganyaan’ by the end of the year. The Venus mission is planned for 2022 as well.

DoT has announced that 5G internet services will be rolled out in India in 2022. A total of 13 cities across the country will get the technology in the beginning.

It is the true test for PM Modi in 2022 as the prospect of a shrunk lotus emerges – from UP to Goa, from Uttarakhand to Manipur and from Gujarat to Himachal – the fight to save these forts gets tougher. Knowing the PM’s political sagacity and smarts, he will surely leave everyone surprised.

Fortress UP and Gujarat

The two contests are likely to be very different. Gujarat has had a BJP government since 1998, which makes it the longest running government for a political party in the country at the moment. Yogi will become the first BJP CM in UP to survive a full term. Both these contests are a litmus test for Modi and his Hindu consolidation model.

After the climbdown on three farm laws will Modi and BJP give in to the demand for MSP? The electoral battle in Punjab and UP will determine the future of the farmer pot which remains on the boil.

Covid is the big unknown of the year. The third wave has set in already in the beginning of the year, for the first time in the Indian winter. The Union Budget and Assembly elections in five states will have to contend with this factor.