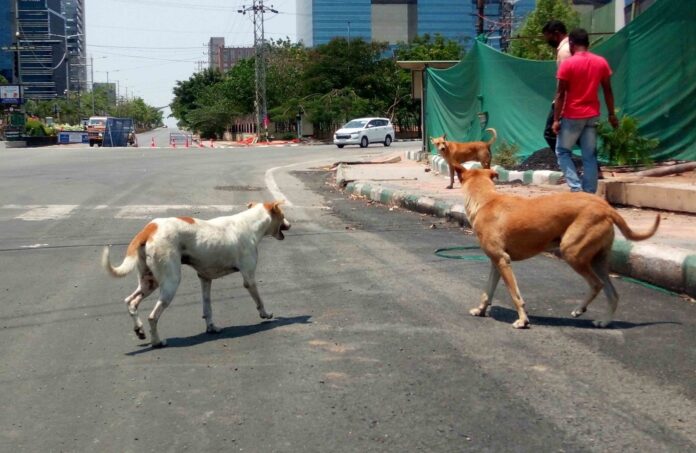 Bhopal– In a horrific incident, a four-year-old girl was attacked by a pack of street dogs, leaving her badly injured in Madhya Pradesh’s capital city Bhopal.

CCTV footage showed five dogs attacking the girl while she was trying to run away. The canines were seen pulling her down on the road and biting her.

The CCTV footage of the horrific incident went viral on social media. It showed the minor was chased, pulled to the ground and then bitten by dogs.

The dogs surrounded her and bit her on her head, belly and legs as she struggled to escape. She was pulled to the ground by the dogs, which continued to attack her.

The helpless girl was rescued by a passer-by who noticed her crying surrounded by four to five street dogs. He chased them away.

The girl received wounds on her head and face and she has been admitted to the government-run Hamidia Hospital, police inspector Sanjeev Chouksey said, adding that they came to know about the incident through social media.

Last year, a seven-year-old girl was attacked by stray dogs in the presence of her mother in the Kohefiza area.

In another incident, in 2019, a six-year-old boy was mauled to death by half a dozen stray dogs in front of his mother. The boy’s mother faced severe injuries when she tried to save him. (IANS)