Mumbai–Notwithstanding his 21.2 million followers on Twitter and countless fan clubs each with an account in the micro-blogging site, Bollywood superstar Shah Rukh Khan has come in the line of fire in the ongoing telecom war following the entry of Reliance Jio.

In what appeared to be a one-sided tirade against the superstar and the new entrant in the telecom services space, one set of Twitterati has been relentless in trolling him. 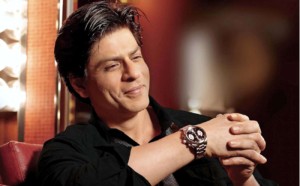 Some even called the “Phir Bhi Dil Hai Hindustani” star an anti-nationalist.

A user named ‘World warrior Salman’ wrote: “We will not tolerate an anti-nationalist as a brand ambassador #JioRemoveSRK.”

In December last year, Shah Rukh, along with music maestro A.R. Rahman, was prominent by his presence when Reliance Jio offered its services free during the test drive to its 150,000 employees – an event viewed in as many as 1,100 locations across the globe.

One troller named Avichal Mishra tweeted: “He doesn’t feel India is safe to live in and India is very intolerant. Why appoint him as the brand ambassador? #JioRemoveSRK”, while another named Gagan Sky shared that he and others have “dropped the plan to buy Reliance Jio after seeing SRK’s face promoting it. Shame on you”.

“If Reliance Jio doesn’t remove Shah Rukh, then people will throw their SIM after December free period is over. #JioRemoveSRK,” wrote a certain Sandip Kumar.

Some posts on Twitter, though, also welcomed the Bollywood Badshah’s association with Jio.

Akshika Khatri wrote: “Shah Rukh is a proper family man and is well attached to his wife and children #JioOnlyForSRK.”

Also supporting the “My Name is Khan” star, Kenneth B. Thomas tweeted: “This is intolerance! #JioOnlyForSRK. He contributed quite a lot to India. Traitor seriously? Focus on problems like corruption and rapes.

Hend Mohamed Saad wrote: “People need to understand that SRK is an Indian. World loved him as an Indian, loved and knew India more only because of him. #JioOnlyForSRK.”

Infinite Sweetness wrote: “#JioOnlyForSRK Why the bhakts always need to oppose whatever SRK does? He is the pride of India. Get that in your mind. Oops you don’t have one.

Shah Rukh, though active on the social media platform, has so far not reacted to the trolls. (IANS)