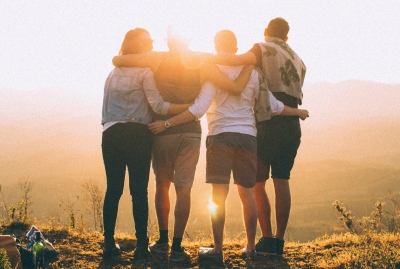 San Francisco– Teenagers with the feeling of optimism, happiness, self-esteem, belongingness and love, were more likely to reach their 20s and 30s in good cardiometabolic health compared to teens with fewer of these positive psychological assets, a new study has shown.

According to the study published in the Journal of the American Heart Association, fostering positive psychological assets in teenagers may help prevent cardiometabolic disease in adulthood and may also play a role in addressing health inequities.

The study mentioned that the way teens — especially Black youth — feel about their lives may impact their cardiometabolic health risk as adults.

“We learned a lot in the last few decades about the impact of discrimination and other social risks youth of colour face that may explain their elevated rates of cardiometabolic disease, however, much less attention is paid to the inherent strengths they possess and the ways those strengths may be leveraged to advance health equity,” said lead study author Farah Qureshi, ScD, MHS, an assistant professor at the US-based Johns Hopkins Bloomberg School of Public Health.

The study found that about 55 per cent of youth had zero to one positive mental health asset, while 29 per cent had two to three assets and 16 per cent had four to five assets.

As young adults, only 12 per cent of participants maintained cardiometabolic health over time, and white youth were more likely to maintain good health later in life compared to Black or Latino youth.

While psychological assets were beneficial to all racial and ethnic groups, Black youth experienced the greatest health benefits, according to the study.

Black teens also reported having more positive mental health assets than the youth of any other racial or ethnic group.

“This work suggests that early investments in youth mental health may be a critical new frontier in the advancement of cardiometabolic health equity,” Qureshi said. (IANS)