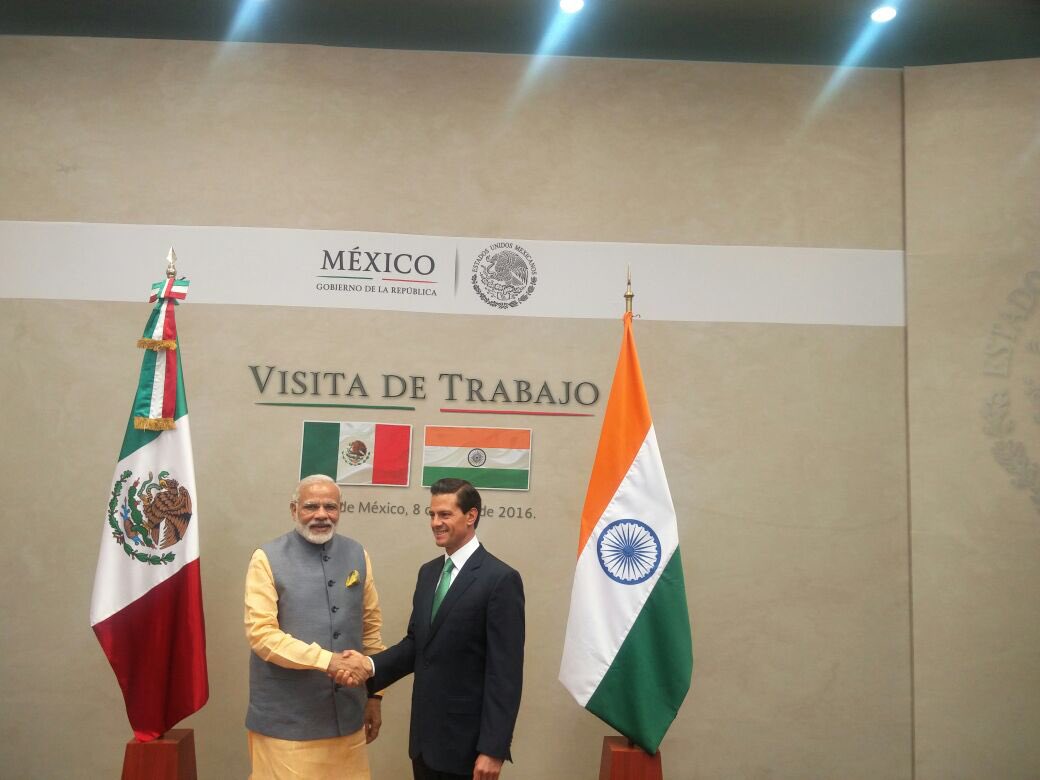 Mexico City– India’s diplomatic efforts to gain entry to the exclusive Nuclear Suppliers Group (NSG) appear to be gaining traction after it bagged crucial support from Switzerland and Mexico, two countries that had reservations on India’s membership to the 48-member club. 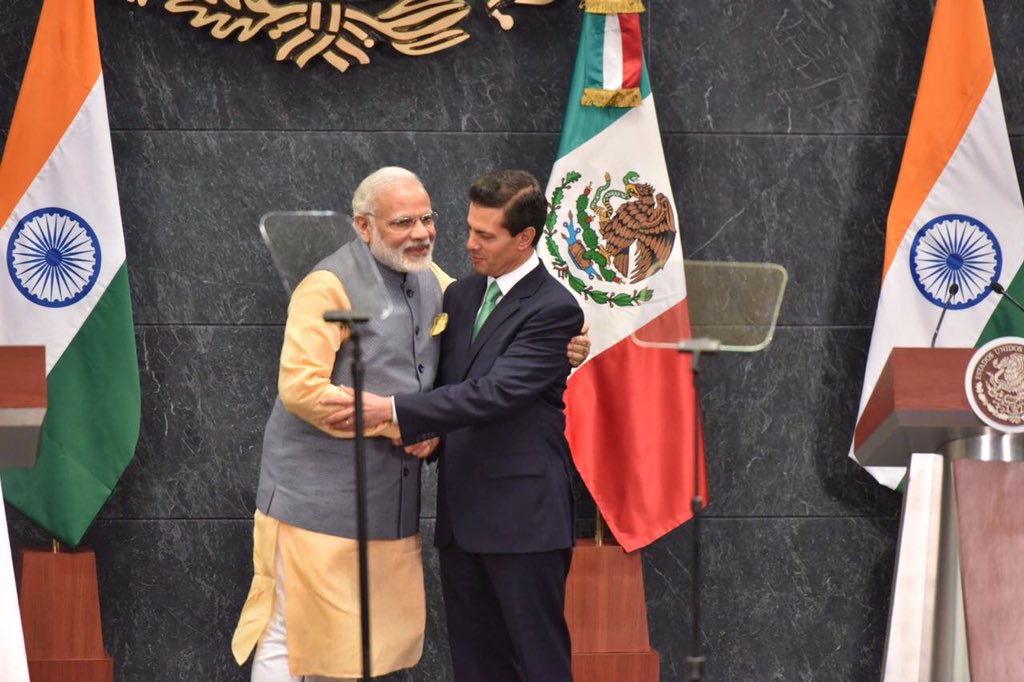 The backing from Switzerland came on June 6, during Modi’s stopover in Geneva.

The two approvals, in tandem with the US’ strong backing, appear to have strengthened India’s bid for membership to the bloc that regulates global nuclear commerce.

The approvals have also come just in time — when the NSG is set to take up India’s application for membership at an extraordinary plenary in Geneva on June 9-10.
The group is to hold another meeting in Seoul on June 24.

India submitted its application in early May to become a member of the NSG.

The MTCR membership could, in fact, hasten India gaining entry to the NSG.

India has been seeking to be member of the four multi-lateral export control regimes: the NSG, MTCR, the Wassenaar Arrangement and Australia Group. Nearly all the major suppliers of high technology or militarily sensitive dual use technology are members of these regimes.

The NSG had granted an exclusive waiver for India in 2008 to access civil nuclear technology after China reluctantly backed India’s case based on the Indo-US nuclear deal.

China is not a member of the MTCR.

Modi had included Mexico and Switzerland in the last minute into his tour itinerary, which originally was for Afghanistan, Qatar and the US.

Switzerland and Mexico had earlier expressed strong reservations on India’s application for becoming member of the NSG due to India being a non-signatory of the nuclear Non-Proliferation Treaty (NPT). Consensus among the bloc members is important in allowing entry to a new country.

India got strong backing from the US for NSG membership with President Barack Obama extending support during Modi’s visit to the US on Tuesday.

India has already got the support of other major NSG countries, including France, Russia and Britain.

But China, a major NSG member, is still holding out, citing that India needs to sign the NPT.

India has not signed the NPT on the ground that it is discriminatory.

Pakistan has also applied to become a member of the club, and is being backed by China. Beijing is keen to see that Islamabad gets on board, despite the latter’s poor non proliferation record.

Pakistan has been lobbying hard with members of the NSG to scuttle India’s membership to NSG.

The US has been trying to convince China to support India’s bid, and US Secretary of State John Kerry was in Beijing earlier this week to try and get around China’s reservations on supporting India.