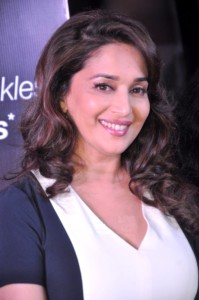 Mumbai — Actress Madhuri Dixit-Nene, who doesn’t belong to a filmy background, feels that star kids are always under scrutiny.

“It is a little difficult to be an outsider… to come into the industry and make a name for yourself. But I think even for the star kids, it’s hard because they are under scrutiny all the time,” Madhuri said during a conversation with Vikram Chandra, consulting editor, NDTV.

“And they are scrutinised in a much tougher way than what an outsider may come and do,” she added.

Madhuri graced the panel discussion with her doctor-husband Shriram Madhav Nene at the ongoing FICCI Frames 2017 on Thursday.

“I don’t know if it’s tougher or easier, but I think if you’re from the industry, you know how it works because you have seen your parents go through it and how the whole industry works,” she said.

Coming from a non-filmy background, Madhuri feels that it is difficult for an outsider to understand the industry logistics.

“When you’re from outside, you don’t know how it works. First, you have to discover how the industry works, then you have to make your contacts and even after doing a film, you have to keep doing films after films, just to show that you have it in you and you can do it,” said the “Dil” star.