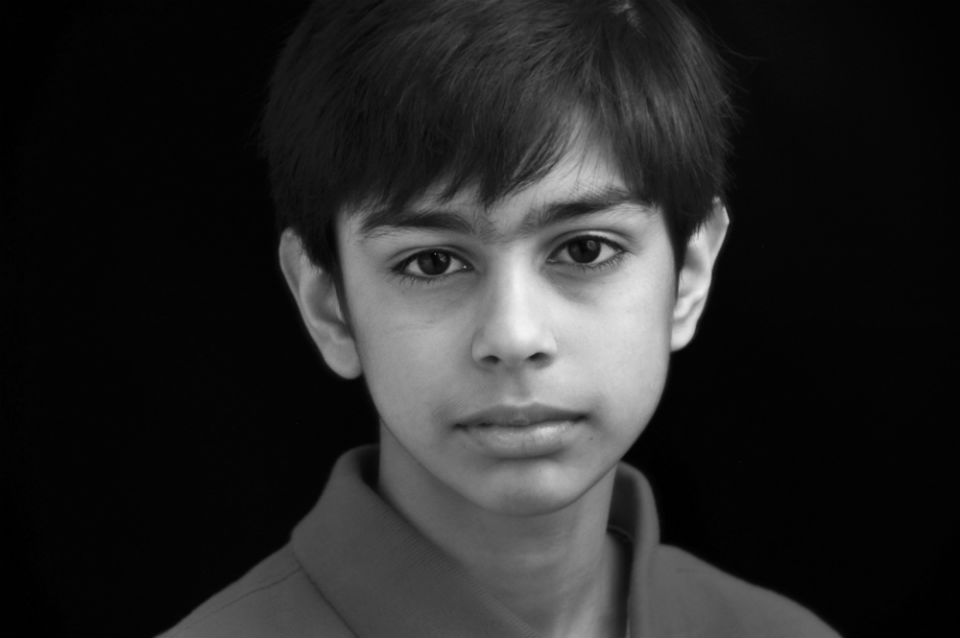 ANDOVER, MA–Avan Shah, a 6th grader at Doherty Middle School in Andover, MA, has published his first book with his grandfather, Dinesh Shah. Entitled “Walks With My Dada,” the books talks about stories his grandfather would tell him during their walks.

“For the past several years, every time I go on a walk with my Dada, he would tell me a new story that he remembered from his childhood. He would always ask me what the moral of each story was,” Avan says. “This past summer we came up with an idea of putting some of these stories into a children’s book.”

The book was published last October and is now available on Amazon. Avan is donating funds from the sale of books to North South Foundation, non-profit organization dedicated to providing opportunities and furthering the skills of children both in the United States and in India.

“I am also interested in art, so I provided illustrations for each story. We have decided to donate all of the proceeds from this book to NSF,” said Avan. “I have been a frequent participant in the NSF math and spelling competitions in Boston and have raised money for NSF during our annual backyard soccer tournaments. I feel NSF is a great charity because it donates money to underprivileged students in India and I hope this book continues to help NSF while sharing some great stories to children around the world.”

Here are excerpts from an email interview with Avan:

INDIA New England News: How long it took to write the book?

Avan Shah: I have been taking walks with my Dada ever since I was 4 years old. During one of our walks last summer, we came up with the idea of writing a collection of short stories that my grandfather had heard from his childhood as a children’s book.

We chose our favorite 14 stories to be included in “Walks With My Dada”. After discussing each story with my Dada, I wrote each one in my own words as my Dada would joke that my writing would appeal to the new generation. Since I also have an interest in art, I drew illustrations for each story so it will be more colorful and enjoyable for our readers. The entire process of putting this book together took approximately 5 months.

INE: When was the last time you visited India and where?

AS: I have been fortunate to have visited India twice in my life so far. The last time we traveled to India was in August of 2010. We visited Gujarat and the Golden Triangle (Delhi, Agra and Jaipur) with the highlight being seeing the Taj Mahal. It amazes me how massive the Taj Mahal is and that it was built so long ago and still looks as beautiful as it did hundreds of years ago. I had a blast in India and I hope I can go back to visit again soon.

AS: There were a lot of things I liked about India, but what I liked the most was the people we met. They were very welcoming and helpful to us. Everywhere we went, people were very friendly and warm which made our trip much more enjoyable. I made many friends that were my age and became very close to them in just a few days. India would not be the same without its people and that is my favorite thing about India.

AS: There are not many things that I dislike about India, but I do remember the pollution and littering in India. I hope the government in India finds a way to stop people from littering and throwing their garbage onto the side of the road. The only way that this can stop is making people clean up after themselves and stop littering. If they find a way to fix this, India will be an even more beautiful country.