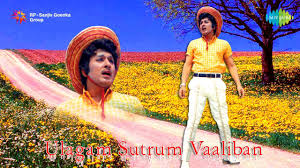 Chennai–The Singapore Tourism Board is planning to attract Tamil movie producers to shoot their movies in that country, as it has been several decades since a Tamil movie was produced with Singapore figuring in the story plot, said a top official here on Wednesday.

He also said that the Board would also promote Singapore as a tourist destination in tier-2 Indian cities.

“After the movies ‘Ullagam Sutrum Valiban’, ‘Ninaithala Innikum’ and ‘Priya’, no popular Tamil movie was shot in Singapore. We would like to work with Tamil movie producers as part of our branded content promotion,” said G.B. Sridhar, Regional Director – South Asia, Middle East & Africa, Singapore Tourism Board.

He does not agree that the renewed focus on Tamil movie producers has anything to do with the Tamil movie ‘Kabali’ shot in Malaysia.

Sridhar said the Singapore Tourism Board will not provide any financial incentives to the movie producers but would bear some part of the expenditure and also ease the process of getting shooting permissions.

He also said the Board is looking at the meetings, incentives, conferences and exhibitions (MICE) segment with attractive offerings.

Over 1.1 million Indians had visited Singapore last year and spent around Rs 5,293 crore there.

According to Sridhar, nearly 39 per cent of the tourist receipts from the visiting Indians are towards accommodation. This shows that Indians are willing to stay in better hotels and enjoy the comforts.

India ranks at the top in the cruise tourist arrivals to Singapore, he said.

While demonetisation of Rs 500 and Rs 1,000 notes by the Indian government has not affected tourist visits to Singapore, Sridhar said one of the challenges is that Indians are looking at other countries to travel.