In a moment of joy, Nihalani, maker of films like “Aakrosh” and “Ardh Satya”, said to Benegal: “Shyam babu, abhi ek aur film baaki hai (we have one more film to do)”. 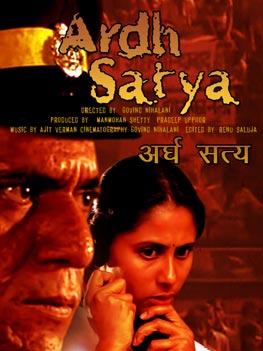 Both defying age — Nihalani at 75 and Benegal at 81 — shared their excitement to be in this quaint hill station, located between Mumbai and Pune, for LIFFI.

“I’m delighted to be here and it’s a marvellous initiative to launch a film festival in a tourist destination like Lonavla,” Benegal said, citing how most globally popular film fiestas including that film fests in Venice, Cannes and Telluride began only as they were tourist hotspots.

Nihalani, in his acceptance speech for the Lifetime Achievement Award, spoke at length of how three people — V.K. Murthy, Satydev Dubey and Benegal have been the force behind the success that he tasted in his career.

He also shed light on the evolution of film festivals as mere windows of national and international cinema to different audiences across all corners, but as viable platforms where new projects can be discussed and given shape to.

In his opening address, festival director Riju Bajaj, who has been living in Lonavla for the past five years, said he was “fed up” of attending film festivals across the country and so he decided to host one here itself.

Bajaj has organised the gala in association with Madhav Todi — owner of the festival’s venue Triose Plaza here — and Anamika Sharma, an NRI who is passionate about cinema.

A total of 52 films, including shorts and feature films, are scheduled to be screened at the five-day fest. Some of the titles include “UnIndian”, “Manjhi – The Mountain Man”, “1962 – My Country Land”, “Rough Book”, “Buddha In A Traffic Jam”, “Rang Rasiya” and “Toba Tek Singh”.

A trophy for Best Music was also launched in the name of music composer Khemchand Prakash.