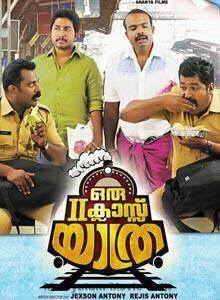 Palakkad– Upcoming Malayalam film actor Sreejith Ravi has been taken into custody by the Ottapalam police following complaints from a few school girls of misbehaviour.

Speaking to IANS, an official attached to the Ottapalam police station confirmed that Ravi is in their custody.

“We are verifying the complaint against him by school girls and only after verification would there be further action. So far no arrest has been recorded,” said the official who did not wish to be identified.

The actor was taken into custody after a group of school girls alleged that he exposed himself before them, which has been denied by him.

Ravi, an engineer by profession, is the son of hugely popular actor T.G. Ravi who has been in the industry for the past more than four decades.

Ravi jr began his film career in 2005 and has donned the grease paint in more than 50 films, including “Nallu Penunngel” directed by Adoor Gopalakrishnan.

Some of his other popular films include “Chanthupottu” and “Mission 90 Days”, which tells the tale of the Rajiv Gandhi assassination.