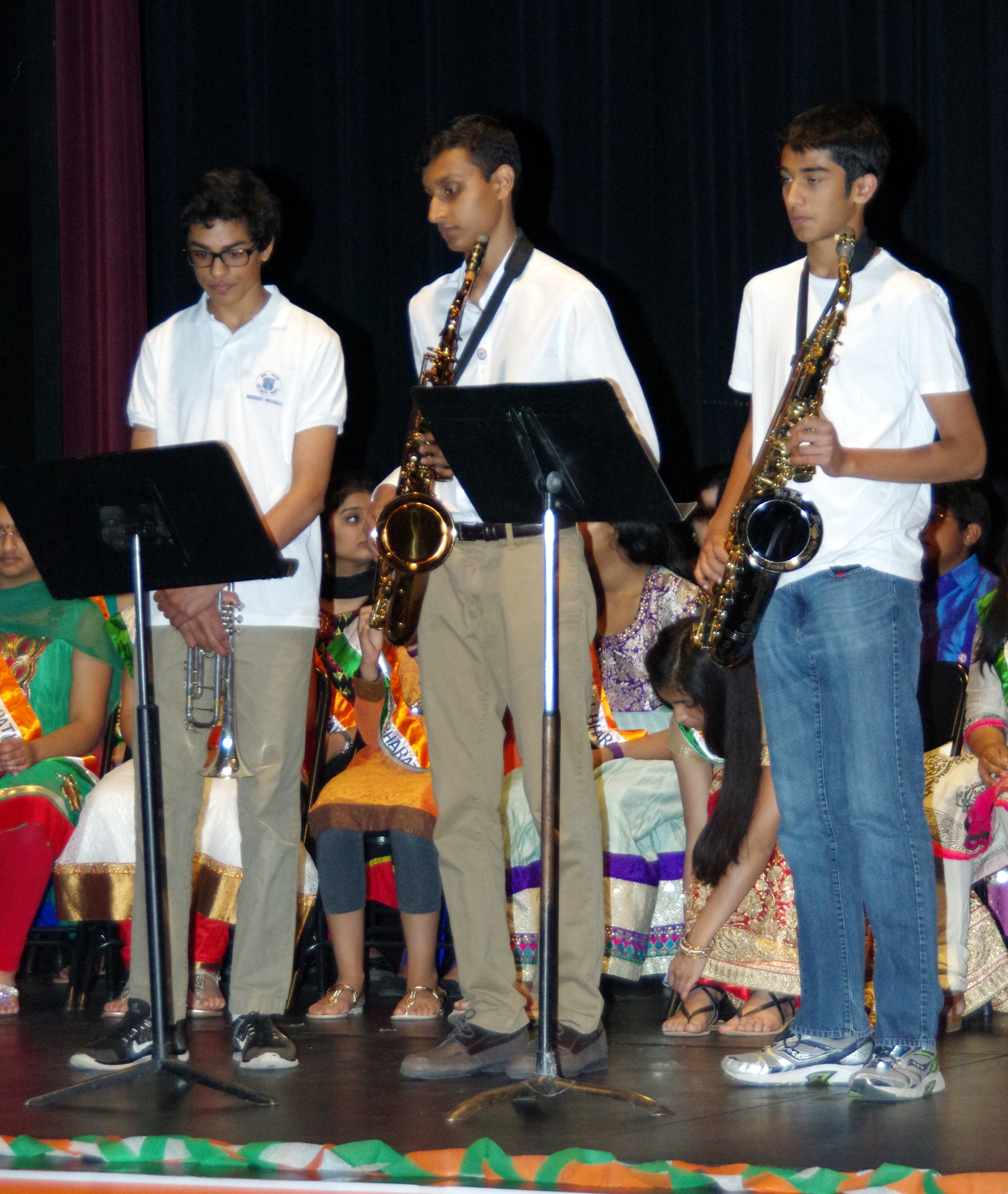 By Sreeja Keesara and Hariharan Shanmugam

LEXINGTON, MA– Shishu Bharati, a school of language and culture of India, celebrated graduation of 40 students of its 28th batch last month in Lexington High School auditorium in Lexington, MA.

Featured keynote speaker was Dr. Dinesh Patel, Chief Arthroscopic Surgeon at Massachusetts General Hospital and Associate Clinical Professor at Harvard Medical School. He echoed the Shishu Bharati spirit of volunteerism, and spoke about how 38 years ago, he, alongside several other Indian immigrants to the United States, formed a small study group that met every Sunday in his basement to teach Indian languages and culture to local kids.

That small study group has evolved into Shishu Bharati, an institution that today is a very large part of the New England Indian-American experience, boasting about 900 students and legions of graduates.

Shishu Bharati has been teaching Indian languages and culture to young Indian-Americans for the last 38 years. Every Sunday, students in grades Kindgergarten through 8th grade spend one hour in culture class learning about a different aspect of India: festivals, history, the Independence movement, philosophy, religion, and even stories from famous Indian Epics such as the Ramayanam and the Mahabharatam. Then they spend one hour in language class learning one of six Indian languages – Gujarati, Hindi, Kannada, Marathi, Tamil and Telugu.

Dr. Patel reflected on the core values of Shishu Bharati, values that animate the everyday actions of the people in Shishu Bharati. He stressed one value in particular: the value of seva.  Seva, Dr. Patel explained, means selfless service; a giving of oneself to the community with no expectation of reward. He called for the class of 2016 to carry out seva in their everyday lives and in their community, even going so far as to call up several graduates to have them explain what exactly they were going to do perpetuate the values they learned in Shishu Bharati.

At the graduation ceremony, each of the graduates had a chance to showcase what they had learned in both subjects. This year, each student did in-depth research on a cultural history of India and philosophy topic of their own choosing that related to something they learned in class. The papers were all compiled and published in a book, and a copy is given to each student at graduation.

Each student also completed a language project that is different and presented on wide ranging subjects.  Some students made games including on language translations to English as well as classical dances,  calendars, recipe books, and research projects all with a fluency that surpasses eight years of formal learning. How did they become so in touch with their mother tongues? Many parents at Shishu Bharati have invested interest in helping their children grow and learn. They speak the same mother tongue at home, and on the phone with family back in India. Parents work with children on language homework and projects. Many even become involved as volunteer teachers in classrooms following graduation year from Shishu Bharati.

The spirit of volunteerism extends to the students. Most will come back to help out after they graduate. Their language projects become tools for younger students to use and practice with. Why the sudden need to come back? Certainly not every student goes back to their middle or high school to help teachers make photocopies of tests.

Dilip Gandhi provides the answer: “Whenever I ask younger students who are graduating, ‘What did you learn here?’ Many of them say ‘Oh we want to come back and volunteer,’ and I said ‘why?’ and the students say ‘Well because we see you volunteering all the time and we want to come back.’”

It is easy to see how the essence of Shishu Bharati as a non-profit volunteer organization manages to affect everyone who walks through the doors, well after they graduate. The alumni band performs at every graduation. Shrishti Lulla, a 2012 graduate, came back to emcee this year’s events. She speaks of what it was like to come back as alumni. She says:

“You can really see how useful Shishu Bharati is later in your life. I hope that the graduates can do the same. Shishu Bharati has definitely made me more interested in India. Living in the US, it’s hard to find an Indian community but there’s a nice huge one at Shishu Bharati.”

Srishti will be attending Brown University in the fall and states that she is now more inclined than ever to pursue Indian culture clubs at college.

Also speaking was 1999 alumni Nikhil Nadkarni, an urban planner based in Cambridge. His presence was an example of Shishu Bharati’s rich history; here was a man who was in the same spot as the class of 2016, seventeen years ago. In a compelling and humorous speech, Nadkarni spoke of the value of Shishu Bharati, using examples from his life as illustrations of the power of knowing Indian language and culture. Shishu Bharati, Nadkarni said, is significant because it is essential to the Indian-American charism; by allowing young Indian-Americans to learn about Indian language and Indian culture, it has created a vast repository of shared experiences that ground the Indian-American teenager, a powerful collective body of relatable knowledge and lived legacies.

Every student, when asked about their Shishu Bharati experience, said some version of the following: “At first I didn’t like it, but then I made friends, and now I can know more about my culture and can talk to my grandparents in their own language.”