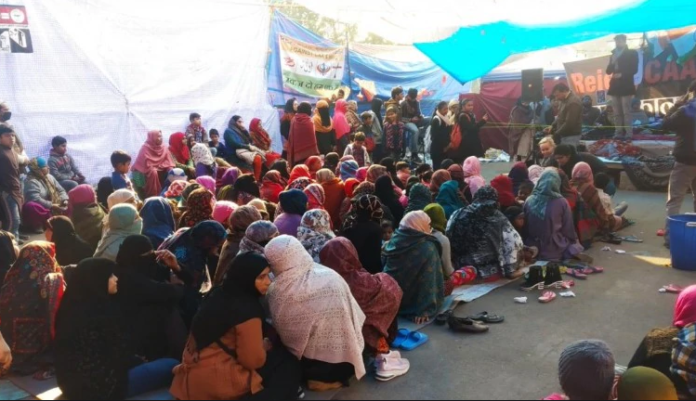 New Delhi– The protest against the Citizenship Amendment Act (CAA) and National Register of Citizen (NRC) in the Shaheen Bagh area on Friday saw a drop in intensity and the number of protesters.

Till 1 pm, the number of protesters was low. Reacting to clashes in north-east Delhi, a protester, Mujahib said, “We condemn the violence. A lot of weak and helpless people have been killed in the violence.”

He said the Bharatiya Janata Party and the RSS were “solely respsonbile for the violence.”

Another protester, Shabnam, when asked about the low number of protesters, said, “It is because of the Friday prayers… We hope that the number would increase.” (IANS)