The program will start at 4:00 PM at Chinmaya Mission Auditorium, located at 1 Union in Andover.

Nath will be joined by other singers: Mitali Wahidi, Kunal Nath, Pradeep Shukla, Shameek Nath and Rajiv Gangurde. They will be performing several of Kiran’s lyrical and musical creations.

Kiran’s contributions to the light classical genre are widely appreciated. She has composed for artists like Anup Jalota, released several ghazal, folk and bhajan albums, written two books of poetry and performed all over India and the US.

In recent years, she has been working to create a robust and active community of ghazal and thumri artists and listeners from New England and across the nation.

“This edition of Shaam-E-Ghazal once again promises to be an inspiring evening of music for both ghazal connoisseurs and those who simply appreciate great art,” organizers said in a statement. 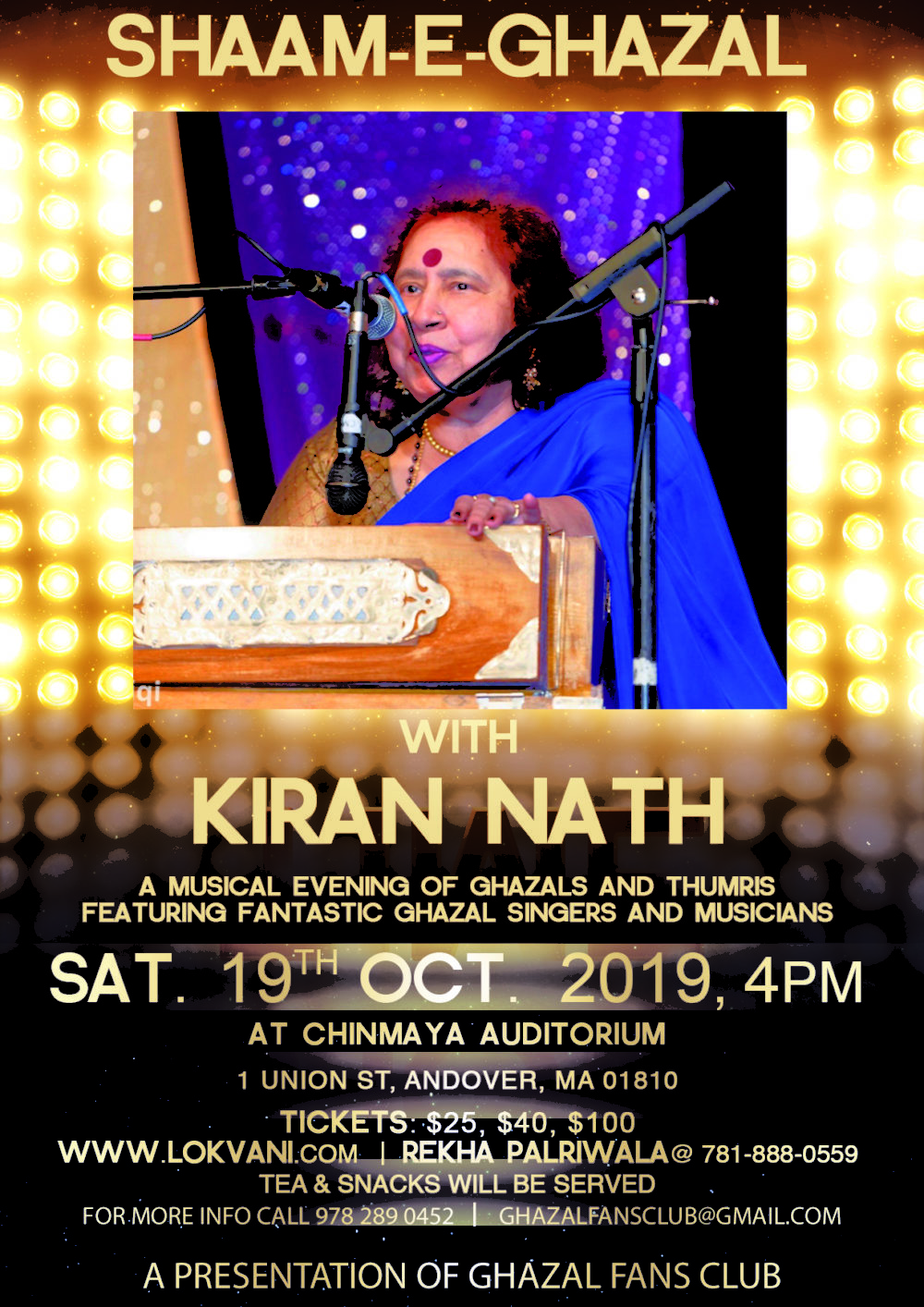