BOSTON–TiE Boston announced that Purnanand Sarma, Ph.D, President and CEO of Immunome, will receive the Lifetime Achievement Award on Dec. 18 at their annual 2020 Gala. “President’s Choice” award will go to Nikhil Bhojwani of Recon Strategy.

This year’s TiE Boston Gala will also host a virtual keynote fireside chat with special guest, Kiran Mazumdar-Shaw, Chairperson and Managing Director of Biocon, Asia’s leading biopharmaceuticals enterprise. This year’s gala theme, “A Whole New World,” is a reflection over the past year and a look ahead to the future of growth and innovation.

“I am deeply honored to receive this prestigious award and thank TiE Boston, an incredible organization fostering innovation, growth and the development of next generation entrepreneurs,” said Mr. Sarma. “I am fortunate to have the opportunity to work with an amazing group of individuals in an extremely fulfilling TiE Boston ecosystem.”

TiE Boston President, Anu Chitrapu, added: “Dr. Sarma’s achievements are extraordinary in any time period, but in this COVID era, his phenomenal achievements in Health Sciences make his contributions invaluable! TiE Boston is honored to recognize him with the Lifetime Achievement Award.”

2017 TiE Boston Lifetime Achievement Awardee and serial entrepreneur, Venkat Srinivasan, Ph. D, congratulated Dr. Sarma and said, “Dr. Sarma has created multiple companies over the course of his life and his more recent work and that of Immunome has been critical in our fight against the pandemic.” 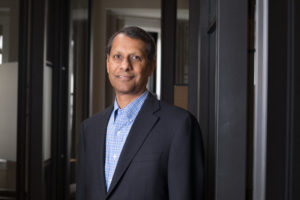 2018 TiE Boston Lifetime Achievement Awardee and serial entrepreneur, Amar Sawhney, Ph.D, also commented, “Sarma has shown an incredible breadth of talent from key roles in larger pharma, to entrepreneurial roles at Taris, and now taking on incredible challenges that we are all facing with COVID19 and running a public emerging biotech. His contributions span many disease states with meaningful advances. He has been incredibly generous with his time in mentoring efforts. All these exemplify the TiE Lifetime achievement Award. We are proud to have Sarma in our community.”

Mr. Sarma serves as the President and Chief Executive Officer of Immunome, Inc., a biopharmaceutical company utilizing a proprietary human memory B cell platform to discover and develop first-in-class antibody therapeutics, with a focus on oncology and infectious diseases including COVID-19.

Mr. Sarma has more than 25 years of experience in the pharmaceutical industry across multiple R&D platforms and led the development of therapeutics in companies ranging from venture-backed biotechnology start-ups to large cap pharmaceutical companies. He was most recently the President & CEO of Taris Biomedical, based in Lexington, MA, which he built into a leader in therapeutic urology, and was acquired by Johnson & Johnson in December 2019.

Earlier at Taris Biomedical, in addition to raising more than $100 million in equity capital, Mr. Sarma also sold one of Taris’ products to Allergan in a deal worth up to $587M. Prior to Taris, Sarma held leadership positions at Cephalon Corporation, Nektar Therapeutics and Glaxo SmithKline. Mr. Sarma received a PhD in Pharmaceutics from the University of Minnesota, and a B.Pharm degree from Andhra University, Visakhapatnam, India.

He recently joined Immunome as its President, CEO and Board Member. Under his leadership, the company completed its initial public offering in October 2020. Immunome’s proprietary technology leverages immune response from patients who successfully learned to fight off the disease, specifically by probing their highly-educated memory B-cells, to discover novel therapeutic antibodies, and their targets. The company is currently focused on developing drugs to treat cancer, and infectious diseases, including COVID-19. In July 2020, the United States Department of Defense awarded a $13.3 million contract to Immunome for the development of a novel biosynthetic convalescent plasma (BCP) as a potential new approach to combat the COVID-19 pandemic.

“Dr. Sarma has been an integral part of our community and embodies our mission of fostering entrepreneurship. He once came to speak to the high school students in our TYE program,” said TiE Boston Executive Director, Simone LaPray. “After his talk, a long line formed to speak with him one on one. Dr. Sarma stayed to speak with each student and encouraged them to find their path whether it be in science or business – or both! His pursuit of excellence combined with his kindness and generosity is truly inspiring.”

The “2020 President’s Choice” will go to Mr. Bhojwani of Recon Strategy. An Harvard Business Review article that he co-authored with Dr. Atul Gawande, led to establishing the Assurance Testing Alliance. The COVID testing platform set up by CIC-Health is based on the blueprint outlined in the article and has resulted in hundreds of thousands of tests done across multiple states and hundreds of organizations.

Mr. Bhojwani is a Managing Partner at Recon Strategy, a consulting firm that he founded in 2010, where he works with healthcare leaders on questions relating to vision and strategy. Clients include hospital systems, payers, life-science firms, digital health companies, and non-profits.

Mr. Bhojwani has served on the board of TiE Boston since 2016 and has been active in TiE ScaleUp and TiE Angels, and started TiE’s digital health catalyst program. He is also on the board of the non-profit Reimagining Migration whose mission is to advance the education and wellbeing of migrant and refugee children and is an advisor to the Healthcare Leadership program at Brown University. He is also on the boards of startups, Entromy and Zakipoint, and is a frequent speaker at business and healthcare programs, and an occasional commentator on healthcare strategy and policy.

Mr. Bhojwani, along with Dr. Atul Gawande, coined the term Assurance testing in a July 2020 Harvard Business Review article that formed the blueprint for the Assurance Testing Alliance and CIC-Health, which has since become a leading national marketplace for Covid testing.

Prior to starting Recon, Mr. Bhojwani spent many years at The Boston Consulting Group, where he worked on strategy, organization, and operational challenges. Before that he worked in India in the media business, co-authored an award-winning book, wrote a regular column for a leading newspaper, and lectured at two business schools. He holds a Bachelor of Science degree with a major in Mathematics from St. Stephen’s College, Delhi University and an MBA from The Wharton School, University of Pennsylvania, both with honors. He and his wife Kunika and their two boys live in the Boston area.

This year’s TiE Boston Gala will also host a virtual keynote fireside chat with special guest, Kiran Mazumdar-Shaw, Chairperson and Managing Director of Biocon, Asia’s leading biopharmaceuticals enterprise. Ms. Kiran Mazumdar-Shaw is a pioneering biotech entrepreneur, a healthcare visionary, a global influencer and a passionate philanthropist. She is a pioneer of India’s biotech industry and founder of Biocon.

Ms. Mazumdar-Shaw is the recipient of two of India’s highest civilian honors, the Padma Shri (1989) and the Padma Bhushan (2005). She was also honored with the Order of Australia, Australia’s Highest Civilian Honor in January 2020. In 2016, she was conferred with the highest French distinction – Knight of the Legion of Honor. She has been named as the winner of EY World Entrepreneur of the Year™ 2020 Award, which is a testimony to her entrepreneurial journey of over four decades. She has been elected as a full-term member of the Board of Trustees of The Massachusetts Institute of Technology (MIT), USA, and also serves as a member of the National Academy of Engineering (NAE), USA.