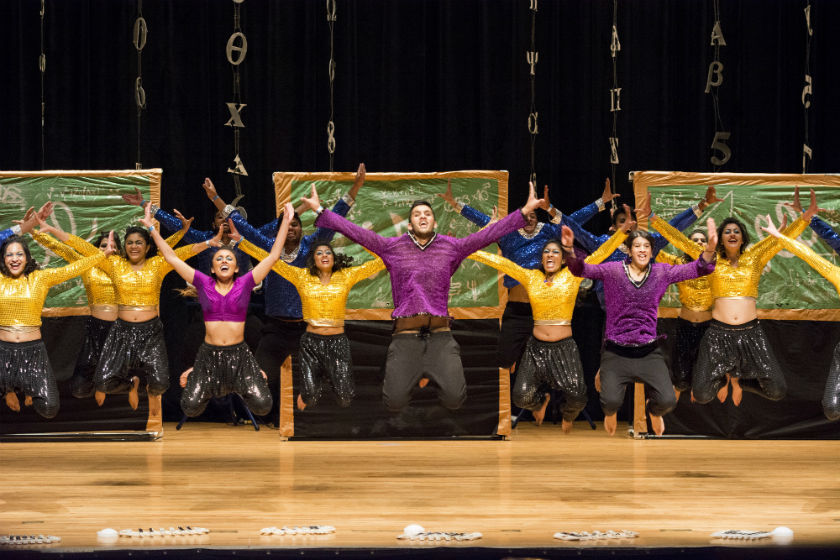 “This year was a phenomenal success with us being sold out, starting and ending on time and having a hugely diverse audience,” said Rohit Bhambi, president of South Asian Nation, the organizer of the event. “The teams were phenomenal as was showcased by the tremendous level of support and positive feedback we received after the event.”

South Asian Showdown sold out for the 7th straight year this year.

Bhambi said the audience was made up of more than 40 percent non-South Asians.

“That is huge landmark as it’s showing how integrated our events are becoming with the general community. We want to spread the love of our culture to everybody and that is happening,” Bhambi said.

He said there were 12 teams with only two from Boston and every other team from a different state. It was a very diverse group of teams from across the nation that was made up of co-ed teams, female teams and boys teams.

“The support from the general community was huge this year. We had many promotional sponsors, include INDIA New England News, which helped us get the word out there to many many people,” Bhambi said. “The top 3 placing teams were fought through with the judges. It was a tough deliberation process but it came down to a couple teams that had just a bit more than the other teams did. Overall, a fantastic representation of Bollywood/fusion dance.”

Here is the team information for top three:

SAPA’s dance troupe made history in 2000 by becoming the first co-ed South Asian dance troupe in the United States. Incorporating various elements of dancing, SAPA integrated styles such as Classical, Bollywood, and Hip-hop to introduce the Rutgers community to a style of dance that was never before seen on campus and soon after, the entire nation. The members of SAPA wish to enhance the involvement of the South Asian community at Rutgers through this expressive form and to showcase the art of Indian dancing from its roots to the evolving, energetic style that it is today.

The Broad Street Baadshahz are an all-male award winning South Asian Fusion Dance Team, located in Philadelphia, the city of brotherly love. The Baadshahz are nationally ranked, and we have dancers from all over the Northeast including: New York, New Jersey, Pennsylvania, Maryland, Delaware and more, specializing in: Bollywood, Bhangra, Contemporary, and Hip-Hop. The team is comprised of various races, ethnic groups, and backgrounds. By meshing different styles of dance the team strives to provide its audiences with numerous breath-taking stunts, formations, and sequences of choreography. Being a fusion team allows it to display what its members think is the next big thing in entertainment.

Constantly integrating traditional and modern styles of dance from the East and the West, Jalwa pushes limits with its choreography and fusion elements. Jalwa, or “passion” in Hindi, is what unites this team – a passion to dance, a passion to perform, and a passion to create excitement within the crowd. Its devotion to creativity, overall dedication, and undying love for one another is what sets this team apart.