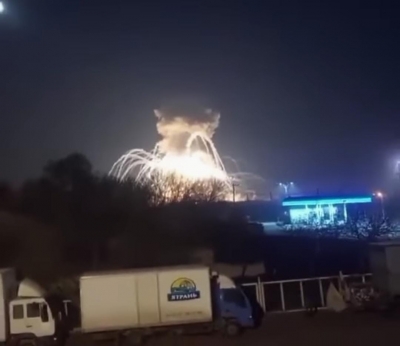 United Nations– The backing of India that is caught between the West and Russia and has tried to project a low-key, neutral response to the crisis in Europe is being sought by both sides ahead of a resolution on Ukraine that is likely to come up in the Security Council on Friday.

Leaders from Russia and the US contacted Indian counterparts on Thursday to discuss the Ukraine situation.

The resolution would be a test of India’s position in a post-Cold War world that is quickly plunging into a new Cold War.

A senior US administration official said that the resolution would condemn in “strongest terms” Russia’s invasion of Ukraine and invoke the UN Charter’s provisions in its Seventh Chapter empowering the Security Council to take action when there is an act of aggression.

The official acknowledged that the resolution would be vetoed by Russia, a permanent member of the Council, but said, “Being on record in the Security Council is a principled action that is part of a much broader coordinated response that will undoubtedly have a significant impact on Russia.”

“I think every member of the Council is going to have to decide where they stand,” the official added.

At a news conference on Thursday, US President Joe Biden issued a general warning to countries that would support Moscow.

“Any nation that countenances Russia’s naked aggression against Ukraine will be stained by association,” he said.

But he expressed hope that India would be in sync with the US on Ukraine.

Asked if India, a major defence partner, was in sync with the US on Russia and Ukraine, Biden said, “We’re going to be.”

He added, “We’re in consultation with India today; we haven’t resolved that completely.”

In a high-pressure gambit, President Vladimir Putin phoned Prime Minister Narendra Modi to brief him about the Ukraine developments.

According to India’s External Affairs Ministry, Modi “appealed for an immediate cessation of violence.”

The ministry readout said that Modi “called for concerted efforts from all sides to return to the path of diplomatic negotiations and dialogue” and “reiterated his long-standing conviction that the differences between Russia and the NATO group can only be resolved through honest and sincere dialogue.”

Discussing “Russia’s premeditated, unprovoked, and unjustified attack on Ukraine,” Price said that “Blinken stressed the importance of a strong collective response to condemn Russia’s invasion and call for an immediate withdrawal and ceasefire.”

Jaishankar’s tweet only said, “Appreciate the call from @SecBlinken Discussed the ongoing developments in Ukraine and its implications.”

He also had a conversation with Russia’s Foreign Minister Sergey Lavrov.

Jaishankar tweeted, “Just spoke to Foreign Minister Sergey Lavrov of Russia on the Ukraine developments. Underlined that dialogue and diplomacy are the best way forward.”

India has so far maintained a neutral stand in the Security Council.

India’s Permanent Representative T.S. Tirumurti said at an emergency meeting of the Security Council on Wednesday that New Delhi regrets “that the calls of the international community to give time to the recent initiatives undertaken by parties to diffuse tensions were not heeded to.”

He did not mention Russia by name or condemn its invasion.

India abstained on a procedural vote backed by the West and opposed by Russia at a Security Council meeting last month on Ukraine. (Permanent members cannot veto procedural votes, so it was carried with a majority vote.)

New Delhi faces a dilemma between the relations it had developed during the Cold War and afterwards.

India not only depends on Russia for its weaponry and has commercial ties, it also has historically close diplomatic relations.

At the United Nations the Soviet Union — Russia’s predecessor — had vetoed a US-backed resolution directed against India during the 1971 Bangladesh War of Independence when Indian troops intervened on the side of the Bangladeshi freedom fighters to liberate that country.

Although India has maintained a non-aligned foreign policy stance that was once tilted towards the Soviet Union, in recent years New Delhi has turned Westward with growing strategic and defence ties with the US that is itself pivoting to the Indo-Pacific because of the Chinese threat.

India is a member of the Quad, the four-member group that includes Japan and Australia and is emerging as a counter-force to China — and those two countries have come out in support of Ukraine and imposed sanctions on Russia.

The US administration official who briefed reporters was asked if India — and another Security Council member, United Arab Emirates — “will be brought along to support” the resolution and if the US was disappointed by their failure to condemn Russia.

The official avoided answering the question directly and instead talked about the unanimity in the Council for a diplomatic solution. (IANS)