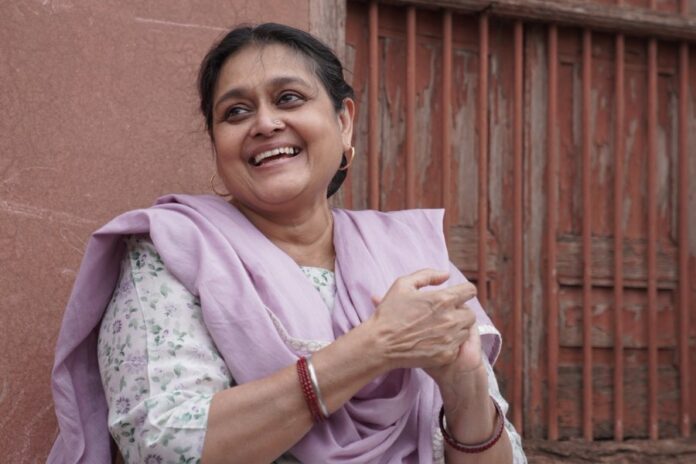 Set in the heart of rural Punjab, ‘Tabbar’, or the family, means everything for retired police constable Omkar (Pavan Malhotra), who, with the conniving mind of a seasoned policeman, pushes all boundaries to save his family from falling apart in this dark crime thriller.

His wife Sargun (Supriya Pathak) is his perfect match, the yang to his yin. She had always dreamt of a big and happy family and was unsure if a policeman husband would devote his time and energy to it. Omkar made a promise then, before marriage, and now, it is evident that he is still honouring that commitment.

It turns out that the family, Omkar and his two sons Happy (Gagan Arora) and Teji (Sahil Mehta), have not just been keeping secrets from their neighbours. They have been keeping secrets from each other too. An incident at their home that rolls on account of self-defence boomerangs into a full-fledged jamboree of a high-profile case involving the local politicians, drug cartels and the police.

This eight-episode drama tells us about events that occurred in the last two weeks at the residence of Omkar. The series begins with ‘Karam Din’, or the ‘day of destiny’.

The episodes, which follow sequentially, are: ‘Jhoot’ (Lies); ‘Sach’ (Truth); ‘Tureya Ja’ (Keep Walking, or Exploring Within); ‘Kaal’, which could be interpreted as Time; ‘Ishq’ (Love); ‘Hanera’, or Darkness, literally, but symbolically and mystically, it connotes Ignorance; and ‘Birha’, or Separation, which also implies a longing for reunion.

The narrative is rich in literary symbolism, which portrays the ethos of its cinematic universe. The ominous cawing of the crow, the unpredictable weather, Sargun’s Macbethian demeanour, her hallucinations symbolising her tortured soul, and the guilt she experiences, are all encapsulated beautifully in the narrative, along with lines of the Sufi mystic and poet, Baba Farid.

The entire series appears robust, but it is the fifth episode which is the weakest of the lot. The writing and poor direction chancing with minor cinematic liberties – like Happy stealing the helmet, then snatching his girlfriend’s purse, and later trying to convince her that her father is not killed but has committed suicide –make the sequence of events unconvincing.

The performances of its ace casts provide ‘Tabbar’ with its best moments. The scenes between Pavan Raj Malhotra and Supriya Pathak looking deeply miserable, stand out. Similarly, Gagan Arora, Sahil Mehta, Paramvir Cheema and Nupur Nagpal are sincere and earnest.

Ranvir Shorey as the upcoming politician Ajeet Sodhi, Rachit Bahal as his younger brother Maheep Sodhi, Ali Mughal as Ajeet’s Man Friday, Multan, and Babla Kochhar and Seema Kaushal as Palak’s parents Suneel and Tanu Mahajan, all have their moments of on-screen glory. Kanwaljit Singh in a minuscule role as Inderji is wasted in the series.

Overall, mounted with decent production values, the series is visually atmospheric as each frame appears to be realistic and is painstakingly captured. The sound design too elevates the viewing experience. (IANS)